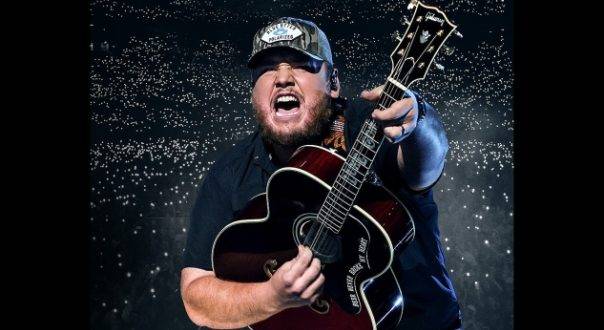 Circle Network has announced that it is kicking off October with the return of “Talking in Circles with Clint Black” for a third season, starting with an episode featuring GRAMMY-winning singer Luke Combs. Through Clint Black’s conversationalism, “Talking in Circles” stays true to Circle’s mission of giving fans an exclusive, behind-the-scenes look at their favorite country stars, featuring legendary names like Luke Combs, Sammy Hagar, Deana Carter, Chris Janson, and more.

“We’re thrilled to bring some of today’s most exciting country stars to Circle Network this October,” said Circle Network’s Senior Vice President of Content, Evan Haiman. “Giving our viewers an inside look at their favorite musical artists is one of our specialties here at Circle, and Talking in Circles season three will give viewers the opportunity to see Chris Janson, Luke Combs and more artists like they’ve never seen them before.”

Kicking off on Saturday, October 1st at 10/9c, season three of “Talking in Circles with Clint Black” will premiere with country superstar Luke Combs who will discuss his songwriting process, life as a new dad, and more. Throughout the additional episodes featured this season, Clint will continue to give viewers a seat at the table as he sits down with fellow artists, including Sammy Hagar, Deana Carter, Chris Janson, and Peter Frampton, to chat about their lives and careers in an in-depth interview only Clint Black can deliver.

“I am so excited to have another season of ‘Talking In Circles’ on the way!” Clint Black shared, “I’m truly humbled by my friends, old and new, who sit and talk shop with me. I give much credit to the network – Circle – where I’m encouraged to depart from the regular interview format and have the kinds of conversations I would have backstage with a fellow artist or musician.”

10/1/22, Luke Combs
Clint is back talking in circles with country music superstar Luke Combs to discuss how he learned to play guitar, the songwriting process and song selection for his albums.

10/8/22, Sammy Hagar
Clint chats with rock & roll legend Sammy Hagar about songwriting, performing in a band vs. solo and the story behind “I Can’t Drive 55.”

10/15/22, Deana Carter
Clint sits down with singer/songwriter Deana Carter and discusses her early life surrounded by music, going on the Tonight Show with Jay Leno and her love for songwriting collaboration.

10/22/22, Scott Hamilton
Clint chats with Olympic legend Scott Hamilton and discusses his commentating career, learning how to do a backflip while skating on ice and his experience at the 1984 Olympic Games.

Music editor for Nashville.com. Jerry Holthouse is a content writer, songwriter and a graphic designer. He owns and runs Holthouse Creative, a full service creative agency. He is an avid outdoorsman and a lover of everything music. You can contact him at JerryHolthouse@Nashville.com
Previous LISTEN: Randy Rogers Band’s “Know That by Now”
Next LISTEN: Sunny Sweeney’s “Married Alone”