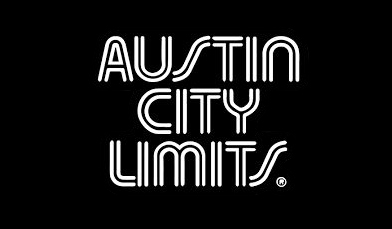 Nashville based Circle Network announced it has licensed previously recorded performances from Austin City Limits, the longest-running music program in television history, and has combined them with never-before-seen interviews for a new series called Austin City Limits: Country. Hosted by legendary country singer-songwriter Rodney Crowell, the weekly series will give fans a glimpse into what was going on in the artists’ careers at the time these shows were recorded, with episodes featuring Clint Black, the late Johnny Cash and June Carter, Reba McEntire, Kris Kristofferson, and others. Viewers will be able to still enjoy these original iconic performances, broadcast for the first time since their initial run, while Crowell will provide new commentary, history, and information for each act. Circle Network will air their remastered series starting Wednesday, June 8 at 10/9c pm.

“Austin City Limits Country is coming to Circle Network and I’m happy to say, I’ll be your host. Classic performances by iconic artists are in store, including one with Emmylou. Anyone who’s a fan of the music won’t want to miss it,” said host Rodney Crowell.

The licensing of these iconic Austin City Limits (ACL) performances cements Circle Network’s ongoing commitment to bringing country music programming to its viewers. Over the course of 48 seasons, ACL has won a rare institutional Peabody Award, is the only television program to be awarded the National Medal of Arts, and has been specially recognized by TIME Magazine and the Rock & Roll Hall of Fame. ACL continues to air weekly on PBS, and now its most iconic country episodes will make their way to Circle Network.

“We have long admired the impact that this landmark series has had on the music industry and on Austin as a live music destination,” said Opry Entertainment Group President, Scott Bailey. “We are pleased to have formed a closer connection with the ACL team through our recent purchase of ACL Live at The Moody Theater, and we look forward to many opportunities to showcase Austin’s storied live music culture through our Circle TV platform in the future.”

“Airing these episodes of Austin City Limits: Country is a milestone for Circle,” said Circle Network’s General Manager, Drew Reifenberger, “Country music fans across the U.S. know how iconic Austin City Limits is, and we’re so excited to bring these performances right to their living rooms this June.”

Music editor for Nashville.com. Jerry Holthouse is a content writer, songwriter and a graphic designer. He owns and runs Holthouse Creative, a full service creative agency. He is an avid outdoorsman and a lover of everything music. You can contact him at JerryHolthouse@Nashville.com
Previous Songwriting Power-House Nicolle Galyon To Release First Album
Next Jake Rose Signs With Endurance Music Group