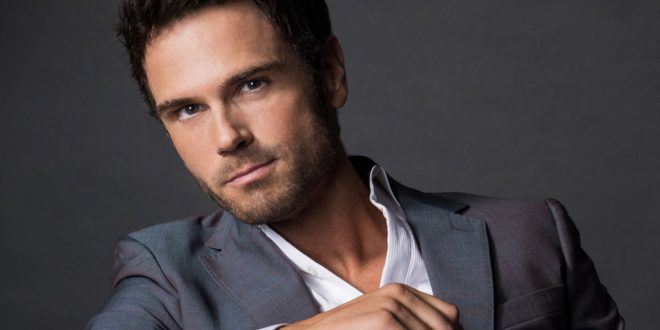 Chuck Wicks Is Back With Five-Song EP

Country artist and entertainment host Chuck Wicks is showing us his softer, more vulnerable side by releasing Started in a Bar, a five-song EP of love songs. The title track serves as a focus track for the rest of the album, which is available now on all streaming platforms via Verge Records.

Four of the five songs on Started in a Bar, produced by 20-year Nashville veteran Jimmy Ritchey, were either written or co-written by Wicks, essentially as love letters to his wife, Kasi. “This EP speaks to the songwriter side of me and the type of songs I love to write—story songs; real songs; songs that make you think,” Wicks says.

Sweet and soulful, “Every single word” of the self-penned ‘Started in a Bar’ “is from my life,” he adds. “I’ll never forget when Kasi walked into the same bar as me on a Sunday afternoon in downtown Nashville. We immediately found ourselves in conversation, and the rest was history.”

It started in a bar
Couple beers and conversation way too hard to hear
‘Cause the band played way too loud, didn’t care
Just kept spinning around on a dance floor
To your favorite song, hope they play it more
Didn’t want to go home/Both trying not to go too far
It all started in a bar

The wistful “Small Towns Do” (Wicks) and previous digital releases “Solid Gold” (Wicks) and “Old with You” (Wicks/Joe Fox/Seth Ennis) carry out the love letter theme. Rounding out the EP is a duet with Jimmie Allen on the bittersweet classic “On and On,” written by singer/songwriter Stephen Bishop for his 1976 debut album, Careless.

“Small Towns Do” pays homage to young love and idyllic hometowns in the south; in “Solid Gold,” Wicks promises his wife he’ll “hold [her] like a Conway song” with a “twang of old Mr. Jones,” and in “Old with You,” he celebrates being “the luckiest guy in the room” because he’s the one who “gets to get old with you.”

Wicks—whose debut single “Stealing Cinderella” earned him 2007’s highest chart debut for a new country artist—has since found success in numerous segments of the entertainment industry, including as a songwriter (with cuts by Jason Aldean and Steve Holy), radio show host (catch new episodes of his iHeart podcast Talk to Chuck on Mondays and Thursdays) and television personality, including a guest appearance on Nashville and as a celebrity contestant on Dancing with the Stars.

His latest business projects involve developing a theater and launching a new line of wines. Wicks has turned downtown Nashville’s historic Woolworth building into a 400-seat theatre that will host a first of its kind theatrical residency (for a show called Shiners). Wicks helped create the show alongside world-renowned choreography duo, Nappytabs. He also recently launched a wine line called Melorosa with wife, Kasi.

Music editor for Nashville.com. Jerry Holthouse is a content writer, songwriter and a graphic designer. He owns and runs Holthouse Creative, a full service creative agency. He is an avid outdoorsman and a lover of everything music. You can contact him at JerryHolthouse@Nashville.com
Previous LISTEN: Julia Cole’s “Thank God We Broke Up”
Next Joanne Shaw Taylor’s Live Concert Film Out June 10