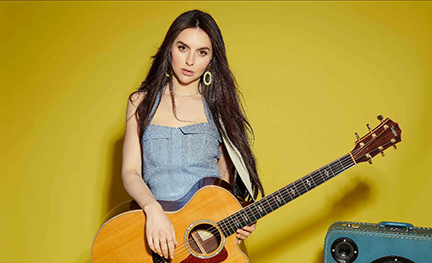 Records Nashville, the newly announced Music City division of Barry Weiss’ Records, a joint venture with Sony Music Entertainment, has announced signing breakthrough singer/songwriter Chase Martin to the label. The 22-year-old Charleston, South Carolina native found herself in Nashville after graduating from high school a year early with a 5.0 GPA and a perfect score on the ACT. The singer/songwriter has been compared to artists like Carrie Underwood and Taylor Swift and has played alongside the likes of Kelsea Ballerini and Morgan Wallen, sang on the stages of venues such as The Bluebird Café and The Listening Room and written with songwriting giants Jimmy Robbins, Rebecca Lynn Howard, Rascal Flatts’ Joe Don Rooney and more.

“I’ve thought Chase was a star since the day I met her,” says Ash Bowers, President, Records Nashville. “She’s so talented and hardworking. Considering all she’s achieved on her own, I can’t wait to see what we can accomplish together with her great music.”

Music editor for Nashville.com. Jerry Holthouse is a content writer, songwriter and a graphic designer. He owns and runs Holthouse Creative, a full service creative agency. He is an avid outdoorsman and a lover of everything music. You can contact him at JerryHolthouse@Nashville.com
Previous Free Tickets For Braison Cyrus At City Winery
Next Don McLean Announces Feature Documentary