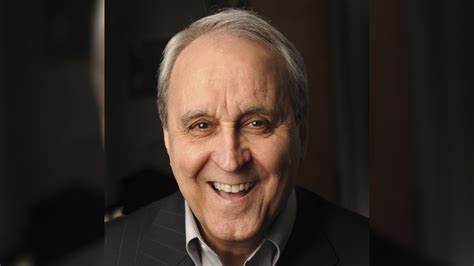 A renowned leader in the Nashville music community, Charlie Monk, passed away on December 19 in his home in Nashville, TN. He was affectionately named and known by many in the industry as the Mayor of Music Row. He created a lasting impact in radio, song writing, record producing and television in a career spanning more than 60 years. Monk’s career began at WGEA in his hometown of Geneva, Alabama while he was in high school. He then attended Troy University where he worked a full-time shift on WTBF radio. In 1968, Monk moved to Nashville and propelled his career even further. His free-form music and talk show for WMTS radio was the first daily broadcast from Music Row. He joined the staff of The American Society of Composers, Authors and Publishers (ASCAP) in 1970 and was a co-founder of the Country Radio Seminar, the long-running media gathering. There, he hosted the “New Faces Show” for 40 years as it launched legends including Jason Aldean, Reba McEntire, George Strait, Miranda Lambert, Eric Church and Vince Gill. As a publisher, Monk notably fostered the careers of country music stars Randy Travis and Kenny Chesney. In 1977, he became Nashville chief of CBS Songs, which quickly became one of Music City’s top three publishers. He founded his own company, Monk Family Music Group, in 1983, taking a leave of absence in 1988 to spearhead the return of legendary publisher Acuff-Rose to its former glory. During Monk’s tenure, Acuff-Rose was the first publisher to win “Most Performed Song of the Year” from both ASCAP and Broadcast Music, Inc. (BMI) in the same year. Monk came back to radio in 2004 to host the morning show on SiriusXM’s Willie’s Roadhouse. Most recently, Monk hosted a show on SiriusXM’s Prime Country and Willie’s Roadhouse.

Monk has served the music community in a variety of ways, including being an alumnus and former board member of Leadership Music, a member of the Country Music Association, the Academy of Country Music, and the Gospel Music Association, where he formerly served as vice president. He also served as vice president of the National Academy of Recording Arts and Sciences, the Nashville Songwriters Association International and as local president of the American Federation of Television and Radio Artists (SAG/AFTRA). He has been inducted into the Country Radio Hall of Fame, the Alabama Music Hall of Fame and the Tennessee Radio Hall of Fame. In 2017, Monk was honored by his hometown of Geneva with a street named Charlie Monk Lane. In 2021, he received the Country Music Association’s Joe Talbot Award, recognizing outstanding leadership and contributions to the preservation and advancement of Country Music’s values and traditions.

Music editor for Nashville.com. Jerry Holthouse is a content writer, songwriter and a graphic designer. He owns and runs Holthouse Creative, a full service creative agency. He is an avid outdoorsman and a lover of everything music. You can contact him at JerryHolthouse@Nashville.com
Previous Barefoot Movement Covers “Have Yourself a Merry Little Christmas”
Next Flatland Cavalry Debuts “If We Said Goodbye”