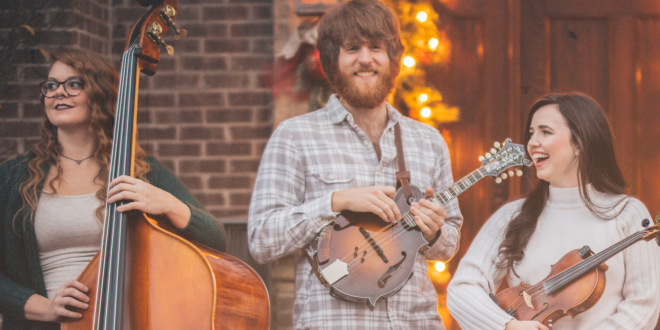 Barefoot Movement Covers “Have Yourself a Merry Little Christmas”

The Barefoot Movement are making spirits bright with a brand new holiday single. Their version of the classic “Have Yourself a Merry Little Christmas,” is available today via Bonfire Music Group. Featured on the new recording is Grammy winning guitar extraordinaire Bryan Sutton.

On the new single, lead vocalist Noah Wall’s vocals shine throughout. Accompany that with the incredible harmonies of fellow members Tommy Norris and Katie Blomarz, along with strumming from 9-time IBMA “Guitar Player of the Year” winner Bryan Sutton and the result is a must-hear classic. The origins of the song date back all the way to 1944, when Hugh Martin and Ralph Blane penned it before it was presented by the iconic Judy Garland in the film Meet Me In St. Louis. It would take on new popularity when it was later recorded by the late Frank Sinatra in 1947, and many others over the years.

Throughout 2023, The Barefoot Movement has been giving back with their Covers For A Cause series. As part of the fundraiser, new singles were unveiled periodically. These include their version of the Beatles’ hit “Here Comes The Sun,” a special recording of Creedence Clearwater Revival’s “Lodi,” along with a beautiful Roots version of Tim McGraw’s “Humble and Kind,” “(Don’t Fear) The Reaper” and most recently “Killing Me Softly.” In addition to proceeds from those singles going to the charity, fans can also make direct donations to Soles4Souls, and learn more about the mission HERE.

Music editor for Nashville.com. Jerry Holthouse is a content writer, songwriter and a graphic designer. He owns and runs Holthouse Creative, a full service creative agency. He is an avid outdoorsman and a lover of everything music. You can contact him at JerryHolthouse@Nashville.com
Previous LISTEN: JD Clayton’s “Long Way From Home”
Next Charlie Monk “Mayor of Music Row” Passes