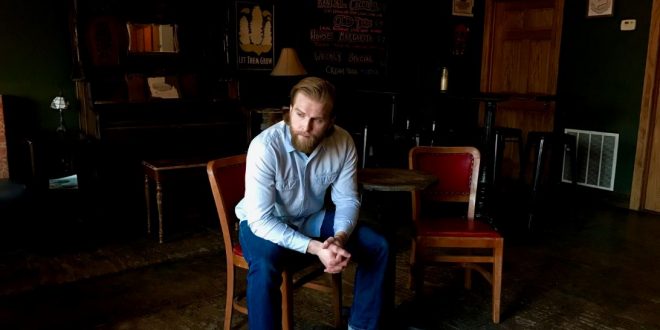 Americana singer-songwriter Charles Wesley Godwin has shared several singles from his forthcoming debut LP Seneca, due February 15, and has been met with critical acclaim.
A native of Morgantown,West Virginia, singer-songwriter Charles Wesley Godwin paints a rich and honest portrayal of his homeland and its people with his debut album. Seneca is a moving snapshot of his 26 years of life and well-soiled roots in the Appalachian hills, a backdrop that has given birth to some of the most intelligent and hard-working people in the country.
When you partake in his storytelling, it comes as no surprise that Godwin’s shared bills with the likes of Shooter Jennings, Tyler Childers, Colter Wall, Luke Combs, Aaron Watson, David Allan Coe, Sundy Best, Waymore’s Outlaws and Nicholas Jamerson. Godwin is truly at home on stage and alongside like-minded musicians who go against the grain and shake up the status quo.
“This album will give people a really good look into what it’s like culturally in Appalachia. People have a way-off view from the outside of what we’re all about, what our priorities are and how smart we are,” says Godwin. The record is steeped to perfection in gentle mountain streams and a way of living that is surprisingly universal. Through earnest, sinewy craftsmanship, he mitigates the stereotypes that plague the state and reconfigures expectations.
“Coal Country” brings the listener into the reality of coal workers and their families with a sharp, warm humanity. “It’s my best attempt to examine the current state of things,” he says, framing the song as an unwitting statement in these dire cultural times. “I tried to give a perspective of what happened and what came out of it and how I see things playing out, for better or worse.”
Godwin’s voice is weighed down by the current condition of the world, but he doesn’t allow the tragedy, pain, or regret sour his view of life. That’s what makes him an exceptional storyteller; he employs his experiences into melodically profound and timeless compositions. “Seneca Creek,” a stunning ballad laced with both melancholy and hope, tells the tale of his grandparents and their courtship in the spring of 1949.
Another essential piece of his story, “Shrinks and Pills” exhibits a dry, sly humor and sees Godwin lament the roar of the open road in his ears and an unquenchable homesickness wedged deep in his bones. He misses the comfort of his homestead, but he wouldn’t have it any other way–heartache be damned. “Hardwood Floors” dazzles in the dim light of a local pub as he shares a tender embrace with his wife amidst the ho-hum of the crowd.
Seneca is the “autobiography of an Appalachian boy,” as Godwin tells it, and by all accounts, the record is as lonesome as it is optimistic. Sound engineer and producer Al Torrence approaches the stories and melodies with care and insight. Inside the walls of an 1890s-era Victorian house turned studio in New Brighton, Pennsylvania, Godwin infuses his music with vintage stylings–earthy but lush, remarkably evocative but plainspoken. “We work really well together,” says Godwin. “Al has a really good sense of how to compliment to my songs.”
Notable players include Eric Heywood (Son Volt, Ray LaMontagne & the Pariah Dogs) on pedal steel and Ben Townsend (of Hillbilly Gypsies) on fiddle and banjo. From start to finish, the record is riddled with an abundance of “human things,” Godwin says, like failure, the ups and downs of marriage, and getting back to a simpler way of life.
His ideals seep into every inch of his work and stem from humble beginnings of working the West Virginia land and being taught what really matters in life at an early age. Godwin’s father was a coal miner and his mother a schoolteacher. He grew up hunting, fishing, and playing sports, living a pretty traditional homespun life.
It wasn’t until much later–after being cut from auditions for the West Virginia University football team–that he picked up the guitar in his spare time. A year later, he could play a full song quite expertly, and he knew then he was on to something. During his 2013 study abroad in Estonia, his frequent rehearsal sessions in his apartment flat drew the attention of flatmates and led to his first-ever gig at a fashion show. “It was really never anything I intended to do,” he recalls.
But it was clear this was his destiny. When he returned to the United States and later graduated from WVU in 2014, he realized he had a great talent in singing and playing bluegrass and traditional country music. Godwin soon started touring and playing out professionally, beginning a full-time music career in 2015. He enjoyed a short run in a band called Union Sound Treaty, but conflicting schedules led to lackluster shows and overall unreliability.
It was time to branch out on his own, and that’s when Seneca began to take shape. The album, especially in such moments as “The Last Bite” and “Sorry for the Wait,” is an amalgam of influences, running from Creedence Clearwater Revival to Simon & Garfunkel to The Allman Brothers. Godwin’s voice echoes off the weathered but still vibrant Appalachian countryside, rumbling up the peaks and tumbling back down into the valleys, and his heart-torn confessionals are born of the earth itself.
Charles Wesley Godwin carries his past firmly on his shoulders. He hasn’t been damaged by such a symbolic act, however, and he’s only grown wiser and more aware. On Seneca, he proves to be a fitting ambassador for West Virginia and a people long misunderstood and tragically forgotten. If anything, listeners will rediscover their own wants and desires within the album’s sonic walls and universal themes of compassion, strength, and unity.

Music editor for Nashville.com. Jerry Holthouse is a content writer, songwriter and a graphic designer. He owns and runs Holthouse Creative, a full service creative agency. He is an avid outdoorsman and a lover of everything music. You can contact him at JerryHolthouse@Nashville.com
Previous Wade Hayes Premieres Video Tribute To His Dog
Next Tracy Byrd Celebrates 25 Years of Making Music, Announces 2019 Tour Plans