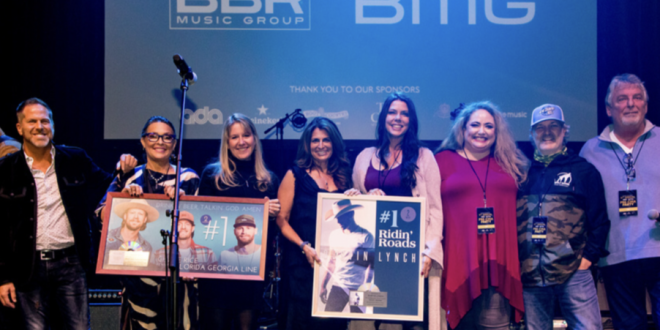 Country Aircheck/Mediabase has named Broken Bow Records the No. 1 airplay label in Country music for 2022. Success was powered by a huge year for the Broken Bow Records roster including Jason Aldean, Dustin Lynch, Lainey Wilson, Chase Rice, Craig Morgan, Everette and Tyler Farr; between Aldean’s “If I Didn’t Love You,” and “Trouble With A Heartbreak,” and Lynch’s “Thinking ‘Bout You (feat. MacKenzie Porter),” Broken Bow Records ends the year with 3 of the Top 10 songs of 2022.

“I could not be more proud of this roster and this team. Lee Adams and Shelley Hargis, the entire Broken Bow promotion staff, Renee Leymon and syndicated radio team are the best at what they do, and this could not be more deserved,” said SVP/Promotion BBR Music Group, Carson James. “Broken Bow had 3 of the Top 10 songs, and if you include Parmalee’s ‘Take My Name’ on Stoney Creek Records, BBR Music Group had 3 of the Top Four songs! Just an unbelievable year for our artists and team.”

Country superstar Jason Aldean ended the year with two No. 1 hits – “If I Didn’t Love You” and “Trouble With A Heartbreak.” Additionally, he won the coveted ACM Single of the Year, iHeartRadio Country Song of the Year, CMT Collaborative Video of the Year and earned Billboard and GRAMMY nominations for his single “If I Didn’t Love You” with Carrie Underwood, the CMT-praised “Country music dream team’s” multi-week No. 1 was also nominated at this year’s CMA Awards for Musical Event of the Year.

Dustin Lynch’s “Thinking ‘Bout You,” garnered more listens than any other song on the Country chart and aided in the securing of his first American Music Awards nomination.

Lainey Wilson had a breakout year commercially and critically. She was the most nominated artist at the 2022 CMA Awards where she brought home trophies for Female Vocalist of the Year and New Artist of the Year. She also claimed ACM New Female Artist of the Year and ACM Song of the Year, as well as the iHeartRadio Award for Best New Country Artist and CMT’s 2022 “Breakout Artist of the Year” honor. Wilson’s current single “Heart Like a Truck” is Top 20 and climbing, with her HARDY collaboration “wait in the truck” close behind in the Top 25.

Multi-Platinum singer/songwriter Chase Rice, with more than 2.3 million albums sold and over 2.3 billion on-demand career streams to date, is set to release I Hate Cowboys & All Dogs Go To Hell on February 10, 2023. With three No. 1 songs to his credit Country-rocker Tyler Farr is also set to release new music in 2023 as is singer/songwriter John Morgan. Duo Everette recently released their Kings of the Dairy Queen Parking Lot: Side B.

Craig Morgan’s 2022 release of God, Family, Country (Deluxe Edition), including the Country radio single, “How You Make A Man,” was a full circle moment for the label. Morgan was the first artist on Broken Bow Records to score a Top 10 (“Almost Home”) and a No. 1 single (“That’s What I Love About Sunday.”)

Music editor for Nashville.com. Jerry Holthouse is a content writer, songwriter and a graphic designer. He owns and runs Holthouse Creative, a full service creative agency. He is an avid outdoorsman and a lover of everything music. You can contact him at JerryHolthouse@Nashville.com
Previous WATCH: Trace Adkins’ “Love Walks Through The Rain” Featuring Melissa Etheridge
Next Christmas 4 Kids Reveals 2022 Artist Lineup