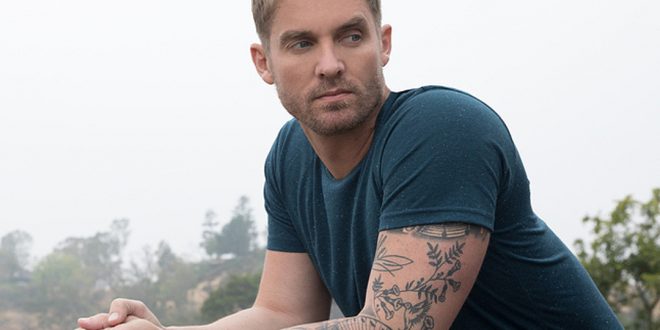 Brett Young collects more gold hardware with his RIAA certifications in the U.S. and Canada as “Catch” hit the number one spot at Country radio on both the Mediabase/Country Airplay and Billboard Country charts. This marks his sixth consecutive chart-topper. Young wrote “Catch” with Ashley Gorley and Ross Copperman. The song has over 141 million streams worldwide and follows five PLATINUM hits. Watch the music video above.

“I can’t believe we are celebrating another No. 1 with ‘Catch,’” Young shared. “I’m overwhelmed by the continued support I’ve received from my fans and country radio. These always feel good, but in our current situation this one feels extra special to celebrate with my family. Thank y’all SO MUCH!”

Young’s TICKET TO L.A. (BMLG Records), debuted atop the Billboard Country Albums chart upon release and features hits he co-wrote — current No. One single “Catch” and No. One lead track “Here Tonight.” His sophomore effort follows a PLATINUM self-titled debut, which dominated the Top 20 on the Country Albums chart for 37 weeks. Delivering six consecutive No. 1 hits with “In Case You Didn’t Know” (5X PLATINUM), “Mercy” (2X PLATINUM), “Sleep Without You” (PLATINUM), “Like I Loved You” (PLATINUM), “Here Tonight” (PLATINUM) and “Catch” (GOLD), Young was named ASCAP’s 2018 Country Songwriter-Artist of the Year. He has also garnered nominations from ACM, Billboard, Teen Choice, CMT and CMA Awards.

Music editor for Nashville.com. Jerry Holthouse is a content writer, songwriter and a graphic designer. He owns and runs Holthouse Creative, a full service creative agency. He is an avid outdoorsman and a lover of everything music. You can contact him at JerryHolthouse@Nashville.com
Previous Kenny Chesney Drops “Knowing You” Today
Next WATCH: Gone West Featuring Colbie Caillat With “Slow Down”