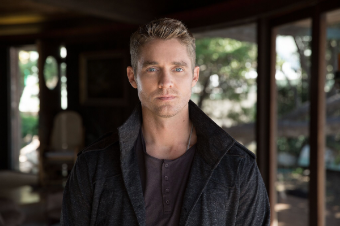 Brett Young is proving to be a crucial mix of singer and songwriter as he continues to set himself apart with his soulful ballad “Mercy.” Tackling the lead spot for a second week atop the Billboard Country Airplay chart, the ACM Awards New Male Vocalist of the Year has now also become the only current debut Country artist to score four chart-toppers on the Mediabase Country Chart. Young and Sean McConnell co-wrote the compelling smash, which recently reached the PLATINUM-sales benchmark, bolstering his catalog to over one billion in total streams.

“Thank you to the best fans in the world and Country radio for supporting this song,” Young said. “From the beginning, your response to ‘Mercy’ has been overwhelming in the best way possible.”

Delivering four consecutive platinum-selling hits from his self-titled platinum-certified album on BMLG Records, Young became one of Country music’s new class of hitmakers. The success of his songs has been amplified by an extraordinary response to Young’s music videos with “In Case You Didn’t Know” surpassing 197 million views and “Mercy” spending six consecutive weeks atop Vevo’s Top Country chart. Named as the only Country act on Billboard’s Top 10 New Artists, Young continues to impress the genre and beyond with nominations from the ACM, Billboard, Teen Choice, CMT and CMA Awards. Along with the industry successes, his relationship with fans found Young selling out every single stop on his debut headlining CALIVILLE TOUR and earning new followers on the road with Thomas Rhett’s LIFE CHANGES TOUR 2018. Young quickly sold out his October 10 debut headline show at Nashville’s Ryman Auditorium, where he will perform his catalog of hits and preview new music expected later this year.

Tickets *may* be available for Brett Young’s show at the Ryman in Nashville….

Music editor for Nashville.com. Jerry Holthouse is a content writer, songwriter and a graphic designer. He owns and runs Holthouse Creative, a full service creative agency. He is an avid outdoorsman and a lover of everything music. You can contact him at JerryHolthouse@Nashville.com
Previous LANCO Announces First Ever Headling Run
Next Matt and Kim To Play Live On The Green Sept. 1