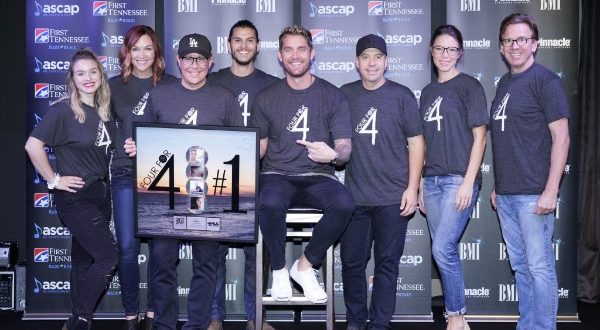 CMA Awards New Artist of the Year nominee Brett Young performed in front of a sold-out audience during his first headline show at Nashville’s historic Ryman Auditorium last night, earning a standing ovation from the enthusiastic crowd. Young opened the show with lead single “Here Tonight” before previewing additional tracks from his upcoming sophomore album TICKET TO L.A, due Dec. 7 on BMLG Records. The Caliville crooner also drew from the collection of chart-toppers on his self-titled debut, including PLATINUM-selling two-week No. One “Mercy.” The latter proved especially endearing as Young invited his co-writer Sean McConnell to the stage to collaborate on the tune once again after celebrating at a No. One party earlier in the day at Nashville Underground. ASCAP and BMI hosted the pair alongside industry family and friends.

“Days like today are pretty surreal,” Young shared. “There are a handful of right of passages for a country artist, and playing the Ryman is one of them. And on top of that, to get to celebrate four No. ones. It’s pretty special.” 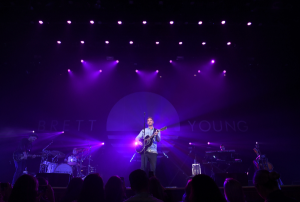 Music editor for Nashville.com. Jerry Holthouse is a content writer, songwriter and a graphic designer. He owns and runs Holthouse Creative, a full service creative agency. He is an avid outdoorsman and a lover of everything music. You can contact him at JerryHolthouse@Nashville.com
Previous Charlie Daniels to Release New Book November 6th
Next Hoedown on The Harpeth Opens Today