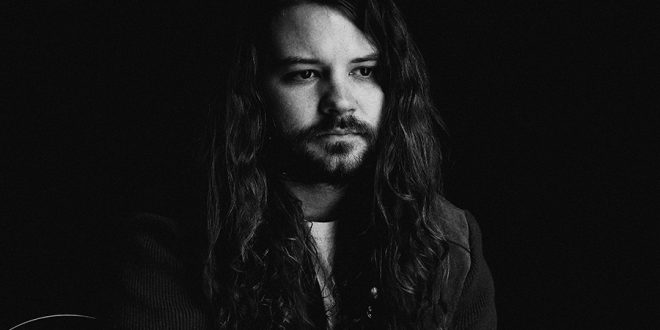 Singer/Songwriter  Brent Cobb will release his first ever children’s book, Little Stuff, this Father’s Day—Sunday, June 20. Illustrated by Delaney Royer, Little Stuff was inspired by Cobb’s song of the same name from his new album, Keep ‘Em On They Toes, and was written as a reflection on what’s truly important in life. In conjunction with the book, a special animated video for the song, featuring Cobb and his family, is debuting today.
Published by Cobb’s own Ol’ Buddy Publishing, the book is now available for pre-order with delivery in time for Father’s Day. Along with the book, there are a variety of merchandise bundles including t-shirts, koozies, baby onesies and more. 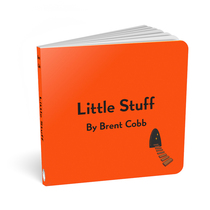 Of the book, Cobb shares, “Each album I’ve made since Shine On Rainy Day has been written with my kids in mind. I’ve always wanted to make sure they knew where daddy’s heart was in the event something happened and I wasn’t around anymore. It was that same inspiration that inspired this book to come to be. Also, we were all children once upon a time. Can’t you still remember when all that really mattered was just the little stuff?”
The release continues a series of landmark years for Cobb, who will join forces with Kendell Marvel this spring for their “Country Music For Grown Folks Tour.” Each show will feature three distinct sets: Marvel performing solo acoustic, Cobb performing solo acoustic and, finally, a special collaborative set with both performing songs they have written for other artists.
The newly confirmed dates celebrate the release of Keep ‘Em On They Toes, which debuted this past fall on Cobb’s label, Ol’ Buddy Records, via Thirty Tigers. Produced by Brad Cook , Keep ‘Em On They Toes was created after Cobb moved back to his home state of Georgia after several years between Nashville and Los Angeles—a decision that greatly influenced his songwriting. The ten tracks find Cobb with a new reflective mindset, focusing on how he views the world and expressing his own opinions, thoughts and feelings.

Music editor for Nashville.com. Jerry Holthouse is a content writer, songwriter and a graphic designer. He owns and runs Holthouse Creative, a full service creative agency. He is an avid outdoorsman and a lover of everything music. You can contact him at JerryHolthouse@Nashville.com
Previous LISTEN: Nashville Reggae Artist  Gramps Morgan’s New Single
Next Gibson Announces Marcus King’s First Signature Guitar