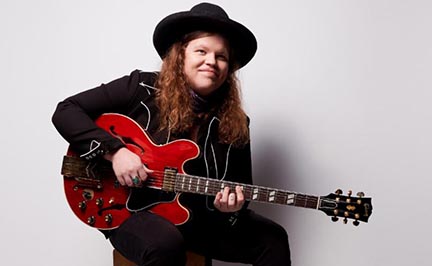 Nashville based Gibson guitar has released Marcus King’s first signature guitar, the Gibson Custom Shop Marcus King 1962 ES-345 electric guitar. The Marcus King 1962 ES 345 guitar is based upon an original family heirloom of King’s and handmade by the expert luthiers and artisans of the Gibson Custom Shop.
A fourth-generation musician, the 25-year-old , GRAMMY-nominated, singer, songwriter and guitar phenomenon, Marcus King is quickly becoming one of the most soulful voices of his generation. The guitar is an homage to King’s own family heritage, and a highly personalized recreation of the classic Gibson ESguitar that was handed down from King’s grandfather to his father and finally to him as he takes his family’s musical legacy to stages worldwide. The Marcus King 1962 ES-345is equipped with a pair of Custombucker humbuckers, a 6-position mono Varitone switch, audio taper CTS potentionmeters and Black Cat capacitors , an ABR-1 Tune-O-Matic bridge, a Sideways Vibrola, Stop Bar bushings with a “Custom Made” cover plate, gold Grover “milk bottle” Rotomatic tuners, an engraved “Stereo” truss rod cover, and is finished in Sixties Cherry VOS . A Custom Shop ES case, Certificate of Authenticity, and Marcus King belt buckle are also included. The custom designed belt buckle is hand-carved, hand-cast and hand-finished in the USA by Maker and Smith and inspired by the Blue Ridge Mountains in Marcus King’s home state of South Carolina . 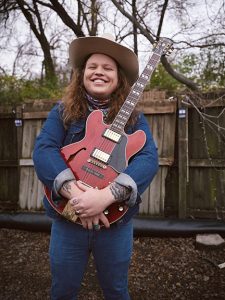 Music editor for Nashville.com. Jerry Holthouse is a content writer, songwriter and a graphic designer. He owns and runs Holthouse Creative, a full service creative agency. He is an avid outdoorsman and a lover of everything music. You can contact him at JerryHolthouse@Nashville.com
Previous Brent Cobb To Release First Children’s Book
Next Leftover Salmon Shares “Boogie Grass Band” For 4/20