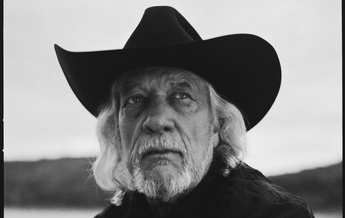 A new version of legendary country artist John Anderson’s song, “Wild and Blue,” performed by GRAMMY-nominated artist Brent Cobb, is debuting today. Watch above.
“Wild and Blue”—Anderson’s longest-running #1 hit and one of only three singles to spend multiple weeks at #1 in 1983—is the second song unveiled from Something Borrowed, Something New: A Tribute to John Anderson, a tribute record celebrating Anderson’s songs and career, set for release August 5 via Easy Eye Sound.
Reflecting on the song, Cobb shares, “‘Wild and Blue’ has always been one of my favorite John Anderson songs, written by John Scott Sherrill, one of my favorite writers. It helped comfort me when I lived in L.A. A bunch of John Anderson’s albums did. They all feel like home.” 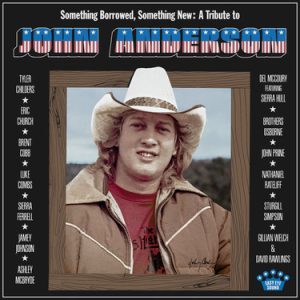 Of the record, Anderson shares, “Listening to everybody do their own takes on the songs shows how the songs really come through. And I thought to myself, ‘You might have been young and foolish back then, but you sure did pick some good songs.’ It’s very gratifying to know that some things really do not change, and a great country song remains a great country song. Any one person on the record would be a real tribute, but all of them together? It’s a pretty big deal for me personally.”

Additionally, Auerbach shares, “We weren’t trying to piddle around and make the normal tribute record. It had to be the best singers with the best songs and the best arrangements, and they had to come into the studio. This wasn’t like, ‘Mail me the song, and we’ll put it together.’ I think it makes this record unique. I don’t think most tribute records are done like this. I think that’s why it sounds like a cohesive album. It feels like an amazing mix tape.”

Something Borrowed, Something New further celebrates the legendary career of Anderson, who is one of country music’s most respected and beloved figures. Most recently, Anderson released his 22nd studio album, Years, in April of 2020. Also produced by Auerbach and Ferguson, the record was created in the midst of a serious health crisis and is the testimony of his remarkable recovery.

A Nashville Songwriters Hall of Fame inductee, Anderson has enjoyed 60 charting singles in four consecutive decades including five No. 1 songs: “Wild and Blue,” “Swingin’,” “Black Sheep,” “Straight Tequila Night” and “Money in the Bank.” Originally from Apopka, Florida, Anderson now lives outside of Nashville with his wife of over 25 years, with whom he shares two daughters.

Music editor for Nashville.com. Jerry Holthouse is a content writer, songwriter and a graphic designer. He owns and runs Holthouse Creative, a full service creative agency. He is an avid outdoorsman and a lover of everything music. You can contact him at JerryHolthouse@Nashville.com
Previous Craig Morgan Surprised Operation Finally Home With $100,000
Next Danny Burns Releases “Someone Like You” Featuring Tim O’Brien