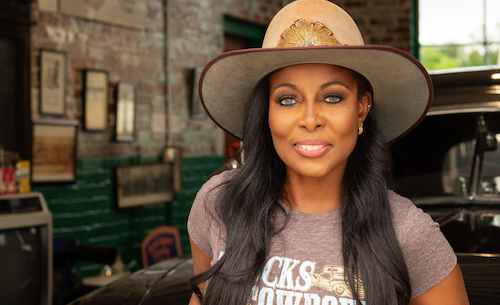 Brei Carter Kicks Off Black History Month With A Classic

To acknowledge the start of Black History Month, country, southern pop singer-songwriter, and Louisiana native, Brei Carter has released a new music video today for her heartfelt tribute to country music legend Charley Pride, with a fresh take on his #1 signature hit “Kiss An Angel Good Mornin.’” Watch above.

Like so many other African American musicians, singer-songwriters and recording artists, Brei’s long-standing admiration and respect for Charley Pride’s music legacy goes back as far as she can remember. Her father used to sing the song to her as a lullaby when she was a very young child, so it became one of the first songs she remembered the lyrics of. Brei’s own musical interpretation on the certified #1 classic country hit is fresh, upbeat and respectful to the song’s original composure.

“I honestly don’t know where to begin when it comes for my profound respect and admiration for Mr. Charley Pride,” Brei said. “His songs were some of my first memories of music as a young child, so when I decided I was going to take my shot as a Nashville-based country music artist, I just knew I had to record his signature song.”

Carter is also a proud Veteran of the U.S. Army, where she served as an enlisted soldier and as an officer. After moving to Nashville, Brei has quickly established herself in the songwriters community as a smooth and sometimes edgy songstress who melds country, soul and southern pop into one fused style.

Music editor for Nashville.com. Jerry Holthouse is a content writer, songwriter and a graphic designer. He owns and runs Holthouse Creative, a full service creative agency. He is an avid outdoorsman and a lover of everything music. You can contact him at JerryHolthouse@Nashville.com
Previous WATCH: Darin & Brooke Aldridge, “Grand Ole Circle”
Next Dolly Parton To Host 57th ACM Awards