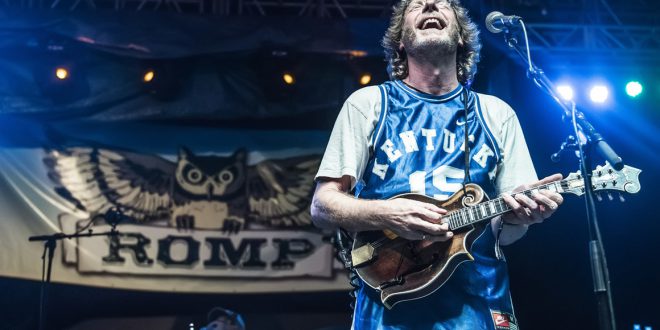 On Friday, October 19th, Sam Bush will perform during the Grand Opening weekend of the newly constructed Bluegrass Music Hall of Fame & Museum in Owensboro, Kentucky.  This is a ticketed event that will take place in the 450 seat state-of-the art Woodward Theatre.
Executive Director, Chris Joslin, stated, “Sam Bush is not only a fan favorite, but he is a huge supporter of the work we do here at the Bluegrass Music Hall of Fame & Museum.  He is a Kentucky native and the perfect link between the first-generation artists and the next generation. It’s clear from his performance at ROMP this year that he is at the top of his game.  I can’t wait to see him break in Woodward Theatre October 19th!”
Buy tickets here.

Music editor for Nashville.com. Jerry Holthouse is a content writer, songwriter and a graphic designer. He owns and runs Holthouse Creative, a full service creative agency. He is an avid outdoorsman and a lover of everything music. You can contact him at JerryHolthouse@Nashville.com
Previous Home Free To Play The Opry July 10
Next Two Feet #1 On Alternative Radio