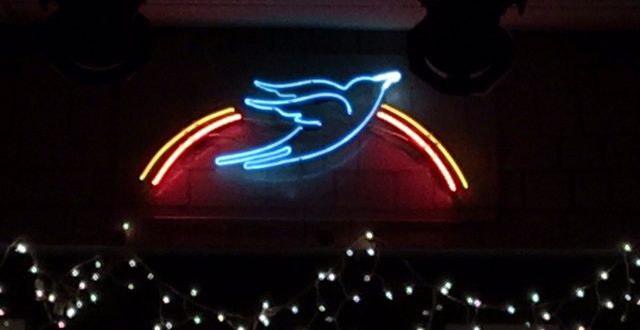 November 15, 2017 – The Bluebird Cafe is teaming up with the Country Music Association to celebrate songwriters and raise awareness for the Bluebird: The Movie fundraising campaign on Thursday, November 16, 2017. The special show will be filled with stories and songs, all centered around the CMA Song of the Year Award nominees and winners throughout the 35-year history of The Bluebird Cafe. CMT Hot 20 Countdown co-host Katie Cook will emcee the event, which will be captured for the documentary and will also available exclusively on Facebook Live.
“The Song of the Year Award and the Bluebird Cafe both exist to celebrate the songwriter,” said Bluebird Cafe General Manager Erika Wollam Nichols. “We’re honored to partner with our friends at the CMA to showcase our amazing community of songwriters and their talents as we recognize The Bluebird Cafe’s history.”
The 9:00pm show will include four 15-20 minute rounds and include Thom Schulyer performing “16th Avenue,” Don Henry and Jon Vezner performing “Where’ve You Been” and Mark Irwin performing “Here In The Real World.” “Keeper of the Stars” writers Karen Staley and Dickey Lee will be joined by “This Kiss” writer Beth Neilsen Chapman and Matraca Berg singing “Strawberry Wine” in round two.
Round three will feature Marcus Hummon with Jeff Hanna on “Bless The Broken Road,” Doug Johnson singing “Three Wooden Crosses” and Tim Nichols performing “Live Like You Were Dying.” Round four promises to be an exciting finale with Tom Douglas performing “The House That Built Me,” Shane McAnally’s “Body Like A Back Road” and Steven Lee Olsen performing “Blue Ain’t Your Color.” Additional performances have yet be announced, and in true Bluebird Cafe fashion, “you never know who might show up!”
“Songwriters are a core part of the Country Music community and breathe life into the great songs that represent Nashville the world over,” said CMA Chief Executive Officer Sarah Trahern. “The Bluebird Cafe is the hub of the community and has provided a home for them to be discovered and thrive.”
The show is sold out of reservations but there will be limited walk up seating available that night.
The Bluebird Cafe opened in June of 1982 and is in the midst of an ambitious Indiegogo campaign to fund Bluebird: The Movie, an in depth documentary about the influence the tiny 90-seat venue has had on singers, songwriters and popular music in general. The campaign runs through November 20 and fans can contributehere.