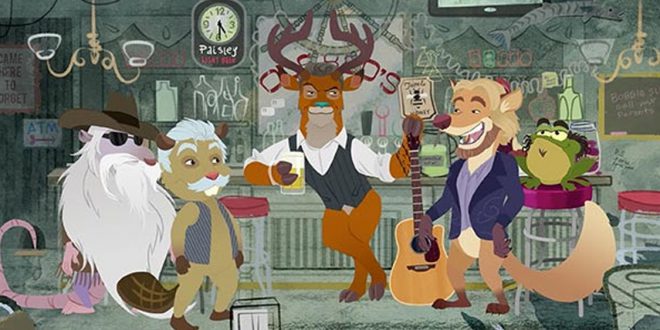 Blake Shelton And The Oak Ridge Boys Get ‘Animated’

The Oak Ridge Boys morph into animated characters in Blake Shelton’s new video “Doing It to Country Songs,” which features Blake as “Buck Shelton” and as a William Lee Golden as possum, Joe Bonsall as a beaver, Duane Allen as a fox, and Richard Sterban as a frog.

The animation portrays all of them as ““Blake Buck & the Oak Ridge Boys” at the fictitious Blake Shelton Bar & Grill on Some Beach. “Doing It to Country Songs” appears on Shelton’s 2016 album If I’m Honest. Watch here.

Currently, the Country Music Hall of Fame members are crisscrossing North America with a bevy of tour dates (see below).

Since the start of their highly decorated career, The Oak Ridge Boys have achieved five GRAMMY® Awards, and multiple CMA, ACM and Dove Awards for their cross-over brand of pop, country and gospel music that spans multiple generations.