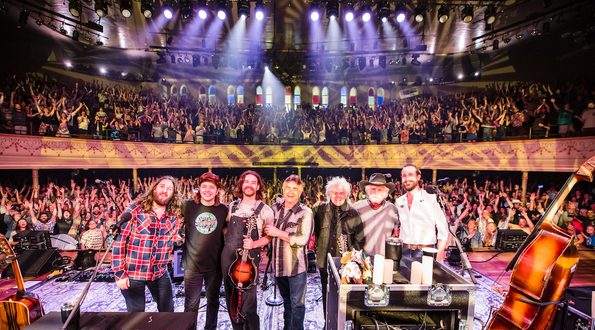 The tour celebrates Strings’ new album, Renewal, which was produced by Jonathan Wilson and is out now via Rounder Records.

Raised in Michigan and now based in Nashville, Strings has shot to super-stardom. Since his 2017 debut, he has been awarded Best Bluegrass Album at the 63rd GRAMMY Awards, Breakthrough Artist of the Pandemic at the 2021 Pollstar Awards, named Entertainer of the Year and Guitar Player of the Year at the 2021 International Bluegrass Music Awards and has performed on “The Late Show with Stephen Colbert,” “Jimmy Kimmel Live!,” PBS’ “Austin City Limits” and “Bluegrass Underground.” A respected figure across all genres, Strings has also recently collaborated with a wide variety of artists including Bill Kreutzmann, Luke Combs, Del McCoury, Fences, RMR and many

Music editor for Nashville.com. Jerry Holthouse is a content writer, songwriter and a graphic designer. He owns and runs Holthouse Creative, a full service creative agency. He is an avid outdoorsman and a lover of everything music. You can contact him at JerryHolthouse@Nashville.com
Previous Brad Paisley Announces Second Bourbon Release
Next LISTEN: Bonner Black’s “Light Me Up”