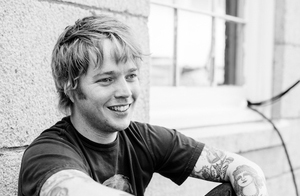 Billy Strings Will Wrap Up 2021 Tour Here In Nashville

The forthcoming performances add to a landmark year for Strings, who will release his new album, Renewal, next Friday, September 24 via Rounder Records (pre-order here). Produced by Jonathan Wilson and recorded at Nashville’s Sound Emporium Studios, Renewal solidifies Strings’ position as a singular artist—one who honors the history of the music that inspires him, while continually pushing it forward. With the record’s sixteen tracks, Strings shares a more personal and honest perspective through his songwriting, while incorporating his wide range of influences with elements of bluegrass, classic rock, metal, psychedelic music and more.

Ahead of the release, Strings has unveiled two album tracks: “Fire Line” and “In The Morning Light.”

Reflecting on the record, Strings shares, “I listen to this album now and it’s emotional. I could sit there and tweak it forever, but there’s a point where it’s like building a house of cards. Yeah, I could add an extra tower on top, but it might collapse. I’ve always doubted myself, and I still do, but this album makes me think, ‘Hey, you’re doing all right, kid. You just need to keep going.’”

Music editor for Nashville.com. Jerry Holthouse is a content writer, songwriter and a graphic designer. He owns and runs Holthouse Creative, a full service creative agency. He is an avid outdoorsman and a lover of everything music. You can contact him at JerryHolthouse@Nashville.com
Previous Tommy Townsend Signs With BFD/Audium Nashville
Next Isaacs Officially Inducted Into The Grand Ole Opry family