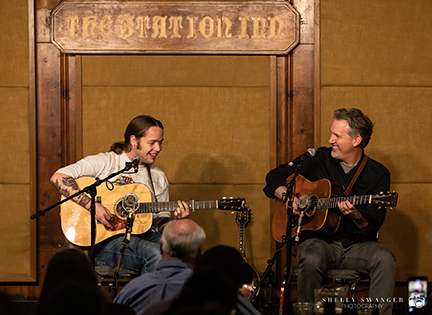 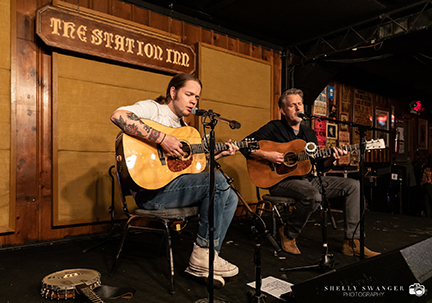 The line started forming at 4:00pm for the 9:00 show. By 6:30 it went down to the corner and half way down Pine St.  Sadly the Station Inn only holds 200 people so there were at least 100 disappointed fans. And I hate to rub salt in that wound but it was one those rare magical nights in Nashville. The legendary Bryan Sutton playing with a legend in the making Billy Stings. Having seen both of these guys in many band formations it was great to see these two masters with just their guitars. Strings once refered to Sutton as his “Yoda” and also his hero. Sutton joked that they had been wanting to do this show for a while but he was waiting for Strings to build up his fan base to Sutton’s level. Bryan Sutton may not be a household name but he’s among the elite in the bluegrass community and a highly sought after studio musician. He’s won IBMA Guitar Player of the Year an amazing 10 times. Strings is almost single handedly making bluegrass cool again and in a few short years has gone from playing small venues to selling out good sized venues all over the country.

The two started the night with Eighth of January, appropriate since it actually was the 8th of January. They blended so flawlessly, melting from one guitar to the other, taking turns on rhythm and lead that you would think they had been playing together for 20 years. They have a  shared love of Doc Watson so there were several of his songs played. But it wasn’t all flattop guitar, speed pickin’. They did a beautiful rendition of Cold Frosty Morning with a banjo and a mandolin (watch above). The crowd was very respectful and quiet because they knew they were witnessing something special. And there was also a couple of celebrities in the crowd, Tim O’Brien, Sutton’s bandmate from the Earls of Leicester

and Gerry Neugent from the Showtime comedy “Work in Progress.”

It was an incredible show at the perfect venue. The Station Inn is the last building standing in a sea of shiny new glass and steel down in the Gulch, let’s hope it stands forever.

The way Strings is blowing up it’s doubtful you’ll have many chances to check him out in this small of a venue so if you get a chance, jump on it. You will have a chance to see Strings if you’re going to Bonnaroo this year so get your tickets HERE! 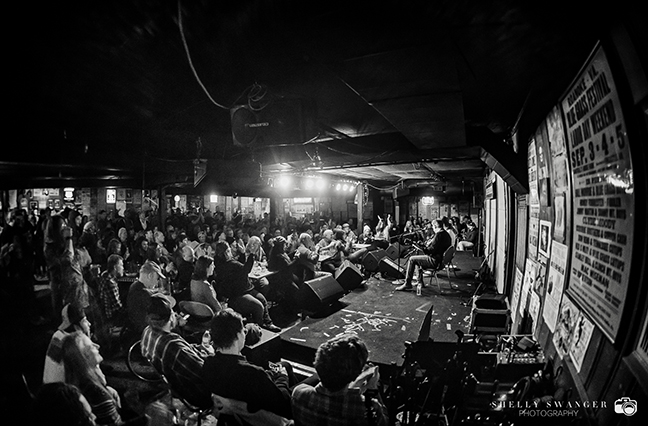 Music editor for Nashville.com. Jerry Holthouse is a content writer, songwriter and a graphic designer. He owns and runs Holthouse Creative, a full service creative agency. He is an avid outdoorsman and a lover of everything music. You can contact him at JerryHolthouse@Nashville.com
Previous Gibson Guitar Announces The Slash Collection
Next Brantley Gilbert Celebrates Fifth Number 1