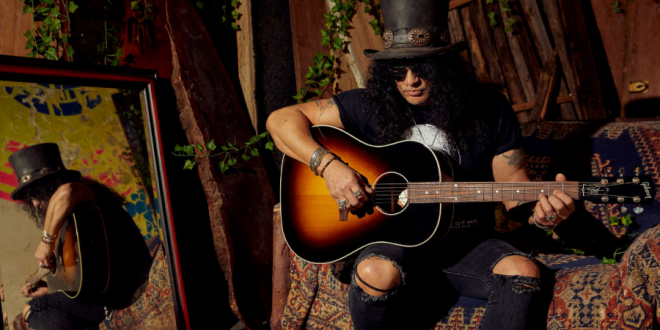 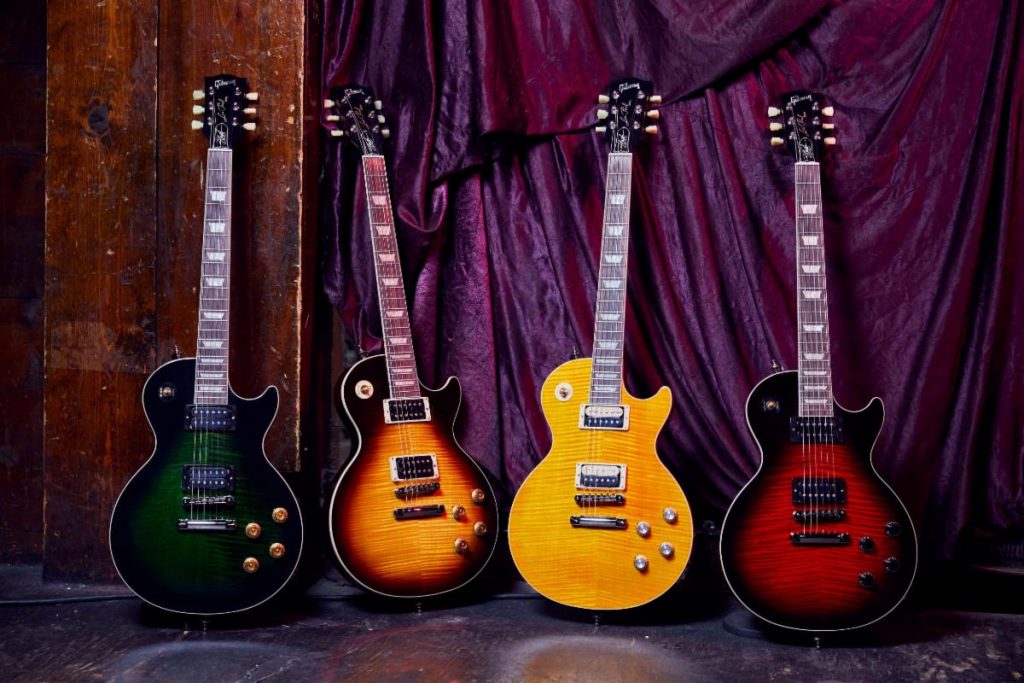 Nashville based Gibson guitar and Slash announced today, January 9, the release of the first-ever Slash Collection. In a history-making move for the brand, the Slash Collection will feature multiple acoustic and electric guitars. The new Slash Collection will officially premiere at the Gibson experience space, 3rd Floor, Ballroom A, during Winter NAMM 2020 in Anaheim, CA (January 15-19).

Slash and Gibson’s Luthiers worked in close collaboration with attention to the fine details at Gibson’s headquarters in Nashville, TN . The Gibson Slash Collection features four Les Paul Standard electric guitars and two J-45 Standard acoustic guitars. Inspiring multiple generations of players around the world, the Slash Collection is comprised of the most influential Gibson guitars Slash has used throughout his career and can be seen live onstage with Slash today.

Each Slash Collection Gibson J-45 Standard features a blend of traditional appointments and modern features including a custom Slash rounded C-neck profile, a fatter and more modern 16” fingerboard radius and a versatile LR Baggs TM VTC pickup for natural acoustic sound. Exclusive to the Slash Collection are Slash’s “Scully” signature drawing on the back of the headstock, Slash’s signature on the truss rod cover with a blank truss rod cover in the case and four Slash Jim Dunlop Tortex® picks . The Slash Collection J-45 Standard is available in November Burst and Vermillion Burst. 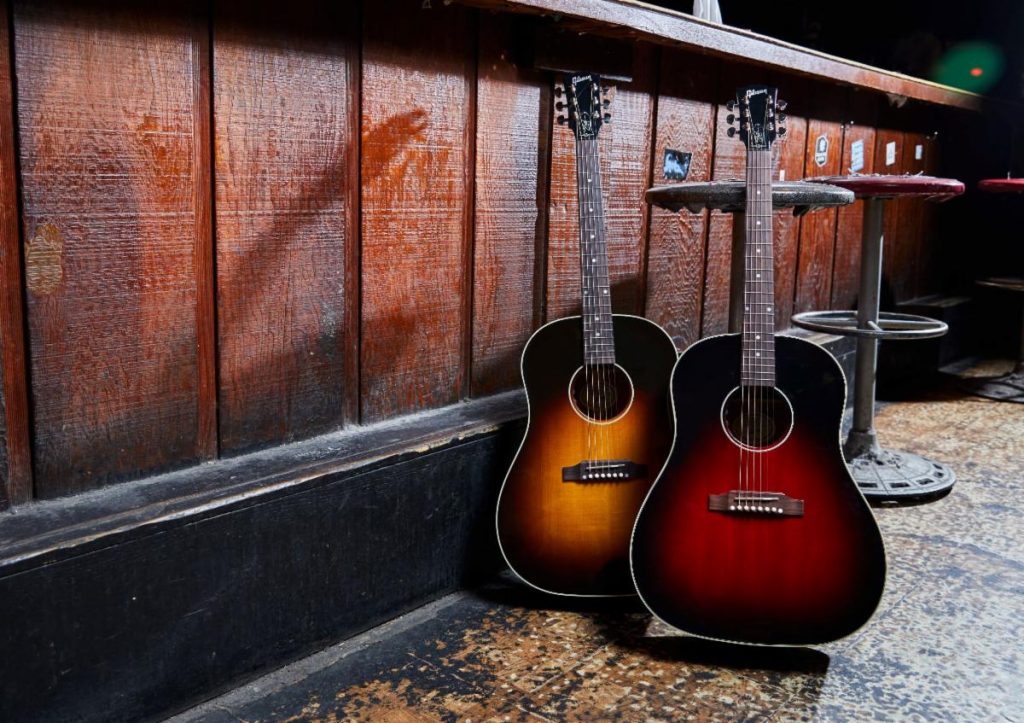 “Developing my new Collection with the new team at Gibson has been really exciting,” says Slash . “The quality and attention to detail is next level, and these guitars truly reflect what I play live and in the studio. I think guitarists will be inspired by what we’ve put together.”

“Working with Slash is an honor and to develop his new Gibson Collection was an incredible journey; Slash is a perfectionist and a guitar nerd like me, and the new Slash Collection is a true reflection of him” says Cesar Gueikian , Chief Merchant Officer of Gibson .

Slash will hit the road with the newly released Gibson Slash Collection this summer as he re-joins his Guns N’ Roses bandmates for the next leg of their Not In This Lifetime tour .

Music editor for Nashville.com. Jerry Holthouse is a content writer, songwriter and a graphic designer. He owns and runs Holthouse Creative, a full service creative agency. He is an avid outdoorsman and a lover of everything music. You can contact him at JerryHolthouse@Nashville.com
Previous Lilly Hiatt Set To Release “Walking Proof”
Next Billy Strings And Bryan Sutton Demonstrate Guitar Perfection