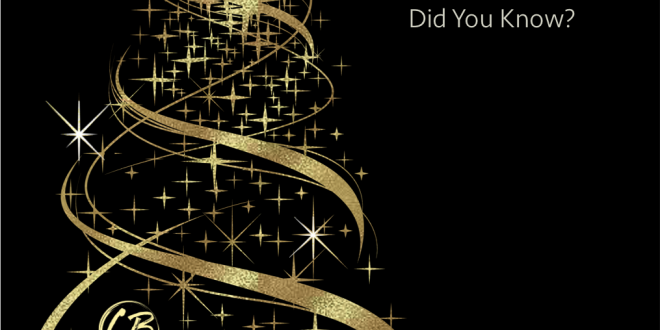 It’s never too early to start celebrating the most magical time of the year. Country music artist Curtis Braly gets us in the holiday spirit with his newly recorded version of “Mary Did You Know?” featuring billboard chart-topping harmony group 4 Runner.

“This has been one of my favorite Christmas songs for a long time,” mentions Braly. “I started adding it to my Christmas shows a few years back & fans have been asking me to record & release it ever since.”
The song was arranged and produced by Kent Wells known for his work with international superstar Dolly Parton. “Kent has this amazing ability to take my vision for a song and turn it in to reality. Not only does he bring my ideas to life but he takes it up a notch and makes it better than what I even imagined,” Braly states.

“Curtis Braly’s ‘Mary Did You Know?’ has a neat arrangement to it, and the vocal itself is quite haunting and nostalgic. His vocals are crisp and soothing, and he maintains solid control over his voice throughout the song. Well done!” – Markos Papadatos, Music Editor at Large, Digital Journal

Braly happened to be in the studio working on a project the same day 4Runner was in the studio working on some new material. “I had the opportunity to sit in on their session and hear what they were working on while I was there. Listening to their harmonies gave me chills. It was then I thought to myself, ‘man, they would sound great on “Mary Did You Know?”  So, I asked if they’d make an appearance on the song and they agreed.”

4 Runner’s Craig Morris adds: “First off, ‘Mary Did You Know?’ has become one of my personal, favorite Christmas songs. Being asked, along with my pals in 4 Runner, to join recording artist, Curtis Braly on his cover of this gem was a real treat.  I gotta tell you, his lead vocal blew me away! I believe Curtis’ vocal, Kent Wells’ arrangement and production and 4Runner’s harmonies put this song in an entirely new light, one that you’ll want to hear again and again.”

“Curtis puts his unique spin on a modern Christmas classic; you can immediately tell that he means every word he sings! This will be a perennial Christmas favorite for years to come!” – Justin Reed, The Justin Reed Show

Braly and 4 Runner will be performing the track together for the first time at Flying High Christmas Spectacular benefiting Christmas 4 Kids.

“Curtis Braly’s version of this beloved Christmas classic is emotion-filled and magical. I especially enjoyed the piano intro at the very beginning, which was quite mesmerizing and beautiful.” – Patrice Majors, Focus on the 615

“Curtis Braly’s rendition of “Mary Did You Know” is beautiful and truly shows his impressive vocal control. It is quite refreshing to see a male artist deliver such a powerful performance,” – Jonathan Kayne, NStyle Country.

To purchase the track and for more information, visit https://itunes.apple.com/us/album/mary-did-you-know-single-feat-4-runner-single/id1298382977?app=itunes&ign-mpt=uo%3D4

About Curtis Braly
Braly recently recorded his third album, produced by Kent Wells, titled You Matter. It provides a deep look into Braly’s childhood, where the Humble, Texas native experienced bullying throughout high school. “That was a difficult time in my life—mere words can leave lifetime scars,” mentions Braly. “But, it was an experience that made me stronger and I wouldn’t change it for anything.  It taught me how important it was to be kind.” The 10-song album features tracks such as “Love You Down,” “Hate Me,” and “Simple’s Not Easy” that touch on love, loneliness, fear, break-ups and of course, beer.  A “labor of love,” the compilation is a reflection of personal and artistic evolution and was created with purposeful intent to inspire. He will also be producing “Flying High Christmas Spectacular” benefiting Christmas 4 Kids in Nashville on December 9. Tickets can be purchased here: https://www.eventbrite.com/e/flying-high-christmas-dinner-and-concert-benefiting-christmas-4-kids-tickets-38599076878?aff=Agency33