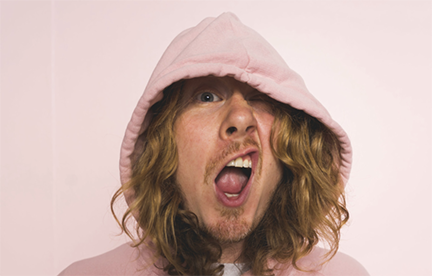 Ben Kweller’s New Video Is Serious As A “Heart Attack”

“Making the Heart Attack Kid music video with Ben Kweller was the first big project I’ve done outside of my band, Superorganism,” says Strange. “Stylistically, I wanted to take a step in a new direction while making the video true to who Ben is and the world he lives in. Ben shot the live action stuff on his ranch in Texas and I meshed that together with the story of a claymation rattlesnake who hears Heart Attack Kid floating on the breeze and sets off on a mission to find the source. It was great collaborating with Ben — he’s got so much energy and has a really special thing going on at his label The Noise Company. We were chatting pretty much every day, passing ideas back and forth and fine-tuning the video. I learned a lot making this video and together we ended up making a piece of art that I’ll always be extremely proud of.”

Kweller has been on tour this past week and will continue through the end of the month. Look for him at the The Basement in Nashville on 02/25. Information on his new album will be released soon.

Music editor for Nashville.com. Jerry Holthouse is a content writer, songwriter and a graphic designer. He owns and runs Holthouse Creative, a full service creative agency. He is an avid outdoorsman and a lover of everything music. You can contact him at JerryHolthouse@Nashville.com
Previous Dierks Bentley at Bridgestone this Friday
Next Fusion Music Developing Live Music Experience Based On Don Williams Works