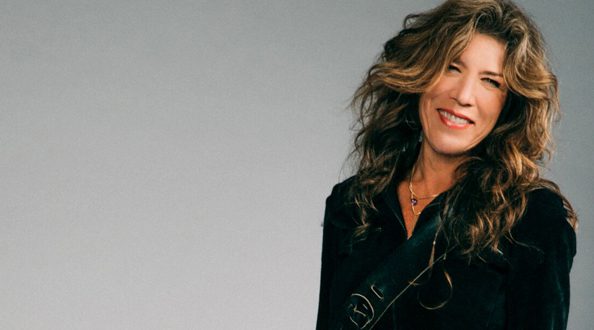 Multiple GRAMMY Award-winning singer/songwriter Ashley Cleveland will release her tenth career album, One More Song, February 2. As the first woman to ever be nominated for a GRAMMY in the Best Rock Gospel Album category and the only woman to ever win the award three times, Cleveland continues to break barriers with her music. Produced by her producer/guitarist/renowned session musician husband Kenny Greenberg, One More Song is steeped in the soulful sounds of the Blues and lyrical richness of Americana that highlight the powerful, far ranging emotion-filled vocals Cleveland is so well-known for all over the world.

One More Song is balanced with intimately personal songs mingled with an ever-present faith and fashioned with a philosophical depth. Cleveland wrote 6 of the 11 songs saying, “the songs travel along themes of addiction recovery and loss, loving—or attempting to love—those who are different from me, my children becoming adults and leaving home, aging and always, the joy and solace of my faith and the struggle to work it out in a broken world.”

“I have always been transparent in my songwriting, hoping that the personal would intersect the universal,” says Cleveland. “I had not been thinking about recording but when these songs started coming, ultimately I knew they deserved to have a home.” Further reflecting she explains “this record feels in some ways like an extension of the memoirs I’ve written over the last few years in that it is as much autobiography as anything.”

A great example is the title track, “One More Song,” a true story told to Cleveland by her Mom on a trip back to the Smoky Mountains to see their old cabin for the last time. The story is a personal account of a memory her Mom shared from her own childhood with her older sister Betsy. Cleveland knew it would become a song saying, “I decided to call the record ‘One More Song’ because I had not planned on making another record. So it came as a surprise and a gift.” She laughs: “it’s my way of saying, after a long career – p.s. – here’s something worth listening to.” To Listen to “One More Song” click HERE.

Additionally, “Lily Grown Wild,” written about her youngest daughter Lily with beautiful imagery about her children becoming adults, leaving and the universal struggle of learning to let go. Her self-penned “Way Out of No Way” is a feisty blues-tinged song about her youthful discovery of personal purpose, the journey she travelled to eventually reach the other side of addiction and find her life. Click HERE to watch video of “Way Out of No Way.”

“To Be Good” is a soulful and sobering look at the reflection of the end of one’s life. The album also includes a mix of the traditional gospel songs that are engrained in the heart of who Cleveland is and performed and arranged in the bluesy way only Ashley Cleveland can deliver including “Walk In Jerusalem,” “Down By The Riverside,” and “Take Me To The Water/Cool Down By The Banks of Jordan.”

One More Song continues in that same vein with bold songs like “Halfway Down” by Jim Lauderdale, “Walk In Jerusalem” and “Down By The Riverside” that showcase her love and passion for songs, MUSIC and just great lyrics, sounds and pure emotional delivery.
Click HERE to listen to “Down By The Riverside.”

Cleveland will introduce and perform the songs from her new album at a record release party on Friday, February 2 at Douglas Corner in Nashville, TN at 6-8 PM. For tickets and information to Cleveland’s One More Song album release party click HERE.