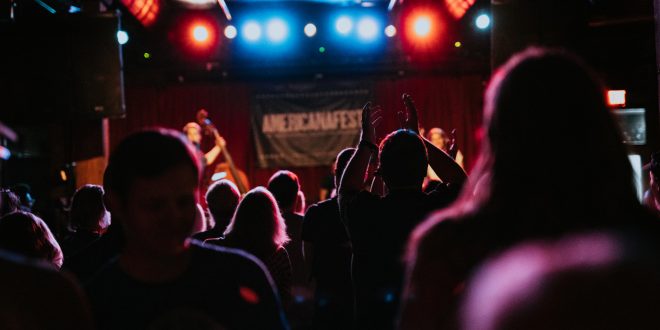 The Americana Music Association’s annual c brought in an estimated aggregate attendance of more than 50,000 from around the world during its 20th annual run on September 10-15. The association has also announced the dates for its 21st event, taking place Sept. 15-20, 2020.

“I couldn’t have thought of a better way to celebrate our 20th annual event,” said Jed Hilly, Executive Director of the Americana Music Association. “For two decades now, AMERICANAFEST has brought together folks from different corners of the globe to our event to enjoy and discover great music. I’m humbled to watch this creative community flourish.”

The six-day gathering commenced with events that set the tone for a week of musical discoveries and unforgettable experiences. These events included a special kick-off featuring Sheryl Crow & Friends at Cannery Ballroom, presented in partnership with Spotify, followed by an empowering keynote with Brandi Carlile and Change the Conversation Co-Founder Tracy Gershon at The Westin Nashville.

The 18th annual Americana Honors & Awards served as the association’s hallmark event that week, celebrating distinguished musicians of the community with coveted awards while presenting show-stopping performances at the historic Ryman Auditorium. Hosted by The Milk Carton Kids, the critically acclaimed program has been taped for broadcast and is scheduled to premiere on November 23 in a special episode of Austin City Limits on PBS.

In an ongoing partnership with the Country Music Hall of Fame® and Museum, AMERICANAFEST also presented quality programming at the renowned museum featuring an interview with Rodney Crowell, a Turning The Tables session moderated by NPR Music’s Ann Powers alongside Carlene Carter, Shawn Colvin, Amythyst Kiah and Maria Muldaur, plus much more.

AMERICANAFEST 2019 was both a national and international affair, with 89 percent of Conference Registrants attending from 49 states and D.C., and 11 percent flying in from 14 countries outside of the U.S., including Australia, Canada, Denmark, France, Germany, Ireland, New Zealand, Portugal, Spain, Sweden, the U.K. and more.

Music editor for Nashville.com. Jerry Holthouse is a content writer, songwriter and a graphic designer. He owns and runs Holthouse Creative, a full service creative agency. He is an avid outdoorsman and a lover of everything music. You can contact him at JerryHolthouse@Nashville.com
Previous Watch: Chris Young Directs His Latest Video “Drowning”
Next Gibson Guitar Creates Sheryl Crow Signature Model