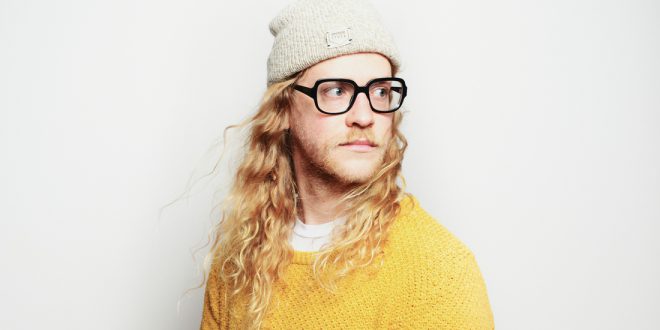 R&B/soul singer-songwriter Allen Stone has released a new single, “Warriors”, today via ATO Records – share the lyric video via YouTube – in advance of a performance of the track this Sunday, July 1 on ABC’s broadcast of the Special Olympics opening ceremony in Seattle – Stone will be backed during the performance by a 2000 member choir. The single, produced by Jamie Lidell, will be featured on an as-yet-to-be announced full-length album, which Stone has been putting the finishing touches on.

Discussing the song, Allen stated, “This song came in a period of struggle. Inspiration hadn’t come through to visit for a while. I had felt like I was just pushing a big rock up a hill while wearing flip-flops. I was reminded in that moment that true success comes when you face adversity head on and push through those moments of hardship. Walk tall like Warriors even when terrified.”

Allen appeared on “American Idol” in April, performing a powerful duet of “Unaware” with contestant Dennis Lorenzo, that blowing away the judges, including Lionel Richie who stated, “That was spectacular.” The performance led to more than 15,000 sales of the digital single of “Unaware” and more than 5,000 album downloads in the weeks following. Additionally Allen’s spring track release, “Brown Eyed Lover”, broke into the Spotify Viral Charts and made it to #11 in the U.S. The song now has more than 3 million streams.

Music editor for Nashville.com. Jerry Holthouse is a content writer, songwriter and a graphic designer. He owns and runs Holthouse Creative, a full service creative agency. He is an avid outdoorsman and a lover of everything music. You can contact him at JerryHolthouse@Nashville.com
Previous Mason Ramsey’s Meteoric Rise Continues
Next Randy Houser Is Back With “What Whiskey Does”