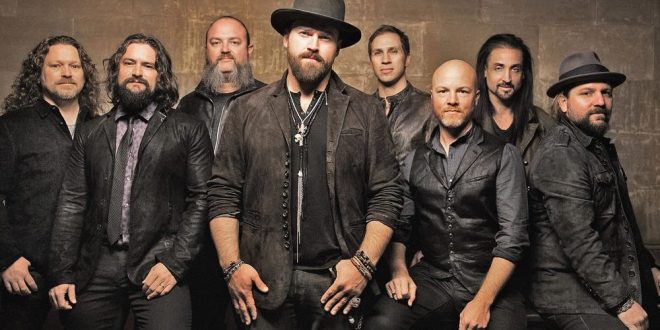 Zac Brown Band announced dates for their Summer 2019 outing, “The Owl Tour.” The set tour support act will be cosmic country soul rock band, Lukas Nelson & Promise of the Real on select stops throughout the tour’s run. The announcement comes as the band prepares to release their upcoming new studio album featuring the hit lead single, “Someone I Used To Know,” currently widely available for streaming and download. Additional album details including release date, track list, and artwork will be coming soon.

Both “The Owl Tour” and forthcoming album draw inspiration from the mythology and mystery surrounding the Great Horned Owl that can see perfectly in the night, serving as a guide when we need sight in even the darkest of moments.

“The Owl Tour” will mark Zac Brown Band’s third consecutive touring run within the span of one year. The summer 2019 shows will follow the band’s forthcoming spring 2019 “Down The Rabbit Hole Live Tour,” an extension of their highly successful summer 2018 “Down the Rabbit Hole Live Tour” dates, which broke multiple records including the most consecutive sold out shows at the historic Fenway Park. In 2018 alone, Zac Brown Band performed for over half a million fans live.

“With ‘The Owl Tour,’ our fans can expect some new and unexpected sounds woven into the signature Zac Brown Band live music experience,” said Zac Brown. “The owl holds special meaning for us and we look forward to sharing this with everyone.”

Zac Brown Band will partner with DemerBox, as an official tour sponsor, wanting fans to never run out of fun by providing charging stations at every stop of “The Owl Tour.” Zac Brown is co-owner of DemerBox, makers of the premium waterproof speaker that goes anywhere, gets loud, & has storage to hold your valuables. The brand is held under Brown’s recently launched entertainment and lifestyle parent company, Zac Brown Collective.

Music editor for Nashville.com. Jerry Holthouse is a content writer, songwriter and a graphic designer. He owns and runs Holthouse Creative, a full service creative agency. He is an avid outdoorsman and a lover of everything music. You can contact him at JerryHolthouse@Nashville.com
Previous LOCASH Set To Release “Brothers” March 29
Next Steve Earle & The Dukes Set To Drop 16-Song Tribute To Guy Clark