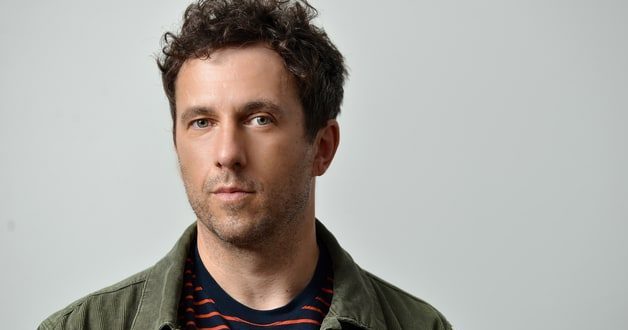 Will Hoge Premieres “Springsteen-esque rocker” “Young As We Will Ever Be” With American Songwriter, New Album Anchors Out 8/11 Via Thirty Tigers

Nashville singer-songwriter Will Hoge has premiered “As Young As We Will Ever Be” with American Songwriter. It’s the life-affirming closing track from Hoge’s 11th studio album Anchors, out August 11 via Thirty Tigers.

American Songwriter calls it “a rollicking, Springsteen-esque rocker with a killer guitar solo, with lyrics inspired by persistence in the face of setbacks.”

Stream “Young As We Will Ever Be” Rolling Stone Country premiered Anchors’ rootsy debut single “Little Bit Of Rust,” featuring guest vocals from Sheryl Crow. The Tennessean debuted “Baby’s Eyes,” noting, “fans of Tom Petty and The Byrds will find a lot to love in its steady groove, and the sweet morsels of 12-string guitar and glockenspiel chiming in on the refrain.”

According to Rolling Stone Country, “The eleven self-produced tracks on Anchors are rooted in youthful jubilance but tell the stories of grown men and women who have seen, loved, moved on and made amends. They’re about adults who struggle and fight, not thirty-year-olds who linger in extended adolescence, pretending romance still bubbles as easily as it did back on the bleachers. Songs like the acoustic-led country weeper ‘Angels Wings’ and the Tom Petty-esque closer ‘Young As We Will Ever Be’ that contemplates the constant drip of time, are all dedicated to that which makes us human.”

In between working on his own music and crafting hit songs for others (Eli Young Band and Lady Antebellum), Hoge is busy with the launch of Nashville Elcectric Transportation, his new Tesla-only electric car service.

This Grand Charade
Little Bit of Rust (feat. Sheryl Crow)
Cold Night in Santa Fe
Baby’s Eyes
This Ain’t An Original Sin
Through Missing You
Anchors
Angels Wings
17
Young As We Will Ever Be
Nashville Shows & Events