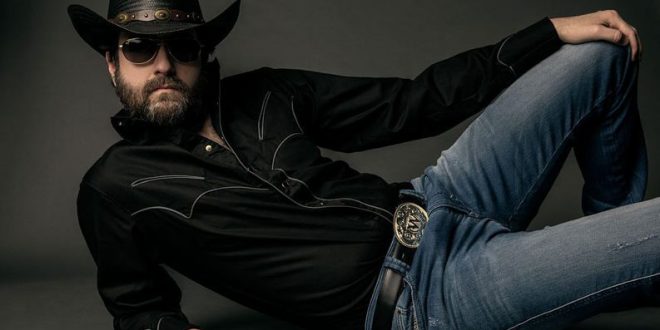 You can’t keep a good redneck down. Wheeler Walker, Jr. maintains the #1 spot on iTunes Country charts with much anticipated album WWIII, dedicated to his lovely wife and newborn son. WWIII also placed impressively on the Billboard charts, landing #1 Comedy Albums, #4 Country Album Sales, #3 Independent Album Charts – all without the support of country radio or mainstream press. This marks Wheeler’s third album produced by 4-time Grammy-winning producer Dave Cobb (Sturgill Simpson, Chris Stapleton, Jason Isbell), on the heels of two trailblazing albums that shook the country music world to its core: debut album “Redneck Shit” and “Ol’ Wheeler,” both of which charted Top 10 on Billboard’s Country lists. The world-wide phenomenon, known to be a foul-mouthed innovator, spoke his truth, and the fans listened. Check it out here

“All I ever wanted was to have a #1 album and make Sam Hunt disappear. I’ve done both. I’m kinda done,” says Walker, Jr., adding “I had the 4th best-selling country album in America this week without being sold in any chain stores and refusing to talk to any mainstream media. I want to thank the fans for showing the world that I’m the real deal, no matter what the #FakeNews says. Plus, I only had to suck three d**ks to get where I am. The acts ahead of me on the charts sucked more than a dozen. I know this because they told me.”

The Nashville pariah, who has sold more than 200,000 albums worldwide, continues his path of country pop destruction with hits off his forthcoming album such as “F*ck You with the Lights On,” “All The Pussy You Will Slay,” and “I Like Smoking Pot (A Lot)” – to name a few. Wheeler just wrapped his headlining tour and prior to that was out with Kid Rock.

Music editor for Nashville.com. Jerry Holthouse is a content writer, songwriter and a graphic designer. He owns and runs Holthouse Creative, a full service creative agency. He is an avid outdoorsman and a lover of everything music. You can contact him at JerryHolthouse@Nashville.com
Previous Luke Bryan Releases “What Makes You Country” Video
Next Springsteen’s “Born To Run” Recreated With Ukulele