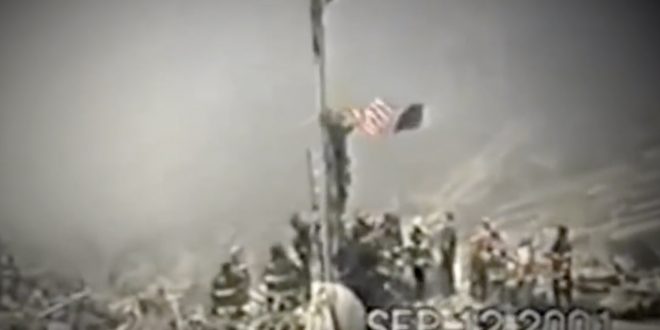 WATCH: Ryan Weaver Honors Those Lost On 9/11 With “Never Forgotten”

As we approach the 20th Anniversary of this unspeakable tragedy in American history, Country Artist and Combat Veteran Ryan Weaver honors those lost with inspirational single and music video of “Never Forgotten.”

Weaver served as the Patriotic Voice of the Professional Bull Riders (PBR) from 2017 to 2019 as they toured and released the album Celebrate America featuring the moving single. Across the nation with the PBR, from Madison Square Garden to Golden 1 Center in Sacramento, Ryan Weaver’s powerful tribute video filled American hearts with pride for the Heroes who have given the ultimate sacrifice. These heroes are never forgotten.

“As a member of a two-time Gold Star Family, I co-wrote “Never Forgotten” personally knowing what it feels like to lose someone suddenly, just as many families unfortunately did on 9/11,” said Ryan Weaver. “The tribute music video for “Never Forgotten” honors our Fallen Heroes the way they all should be honored by showing the human aspect of sacrificing as a Hero. I will never let their sacrifices be forgotten as long as I have a voice.”

The video features and honors various fallen Heroes and family members from Ryan’s two-time Gold Star family, NYPD and FDNY fallen from 9/11, law enforcement fallen from the attack in Dallas and a fallen Border Patrol Officer. The video opens with rare testimony from Rich Miller, an NYPD ESU Officer, who recounts raising the first flag flown in the frozen zone, now an iconic image in American history. With a firefighter pointing out a structure that looked like an antenna from one of the towers impaled upright in the middle of the rubble, Rich initiated one of the most poignant, unseen moments recorded in the early hours just after the attacks on 9/11. Video of the historic flag raising follows his heartfelt narration of the moments leading up to the flag unfurling above the heartbreaking destruction below. A photo of the flag raising can be found in both the NYPD and 9/11 museums.

On the 20th Anniversary of 9/11, this moving tribute video and Rich’s inspirational actions are a perfect unifying message, just as we were unified as a country in the days after the horrible attacks on the United States.

Weaver’s personal story is like no other artist in country music today. The son of a Marine, Weaver is a former Black Hawk Aviator, Chief Warrant Officer 3 in the United States Army who served 21 years in the military. He lost a brother in Iraq in 2004 and brother-in-law in Afghanistan in 2013, making them a two-time Gold Star family. Weaver says “Never Forgotten” is a tribute to his brother, U.S. Army Chief Warrant Officer Aaron Weaver who is enshrined in the Infantry Hall of Fame, and to his brother-in-law Randy Billings, one of four family Army Aviators, and to all those affected by the 9-11 tragedy.

He has turned his heartache into a burning passion to succeed in the music industry honoring his fallen brothers, all those who have sacrificed, and a country providing opportunities for everyone.

You can find the single “Never Forgotten” on iTunes, Spotify and wherever you stream music.

Music editor for Nashville.com. Jerry Holthouse is a content writer, songwriter and a graphic designer. He owns and runs Holthouse Creative, a full service creative agency. He is an avid outdoorsman and a lover of everything music. You can contact him at JerryHolthouse@Nashville.com
Previous William Lee Golden’s New Album A Family Affair
Next Pilgrimage Music & Cultural Festival Releases Performance Schedule