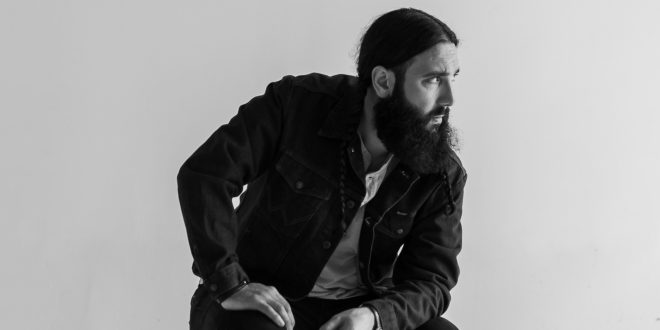 “After my daughter was born, I was incapable of writing,” Pope explains, “Having a new child was so all-consuming that I couldn’t focus on anything else. Finally, I decided to write a song explaining what I was feeling in those first few months with this beautiful new being in my home.”

Pope will be hitting the road in support of the new record, kicking off this Friday, January 10 here in Nashville at Mercy Lounge and seeing stops across the U.S. and Canada.

“Writing these songs reminded me of where I’ve been and how hard it was to claw my way out of that pit of my own creation,” Pope says of the new record. “I don’t miss who I used to be…Having to stare at those ancient reflections of myself through this process has not always been so easy, but I’ve tried to be as honest as I can stand to be.”

Bone Structure follows the release of 2018’s Worktapes EP and is Pope’s first studio album since 2017’s Work. He cites Joni Mitchell, Bonnie Raitt, the Carter Family, Patsy Cline and George Jones as a few of his inspirations for the new album, as well as his one-year-old daughter. After becoming a father last year, he abandoned an album’s worth of recording sessions and found a renewed purpose for Bone Structure: To explain his perspective on the world to his daughter in the event he was no longer there. This drastic change of direction inspired some songs on the album to speak directly to his child, and others to illuminate life lessons Pope has collected.

“When I became a father, I spent a lot of time fixating on the things I don’t know and what I wasn’t taught,” Pope explains, “What can I do better than the people who raised me and what should I borrow from them?” He goes on to say, “The narratives on this album are only part of what I wanted to share with my child. This record is also meant to take her on a sonic journey through my influences…I guess she’s influencing me now, too.”

Pope has surpassed 1.7 million monthly listeners on Spotify, sold out shows in more than 20 countries, sold over two million digital tracks, had over 375 million streams on Spotify, 840 million plays on Pandora and 150 million views on YouTube. His music has been featured on NBC’s “The Voice,” CW’s “Vampire Diaries,” “90210,” and multiple seasons of FOX’s “So You Think You Can Dance,” which sent two of his albums into the top 100 on iTunes simultaneously. Independently, Pope has written and produced six full-length albums; Work, Ron Pope & The Nighthawks, Atlanta, Calling Off The Dogs and Daylight. In 2015, he co-founded his own label, Brooklyn Basement Records, with his wife & manager, Blair.

Music editor for Nashville.com. Jerry Holthouse is a content writer, songwriter and a graphic designer. He owns and runs Holthouse Creative, a full service creative agency. He is an avid outdoorsman and a lover of everything music. You can contact him at JerryHolthouse@Nashville.com
Previous CMA Reveals Triple Play Award Recipients
Next Nathaniel Rateliff Set To Release First Solo Album In Nearly Seven Years