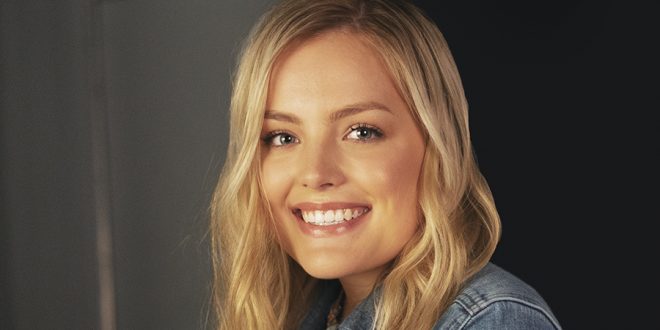 Black River Entertainment artist/songwriter, MaRynn Taylor, released her debut single “Dads and Daughters” just in time for Fathers’s Day. Taylor’s video for “Dads and Daughters” is compiled of home videos and photos from her childhood (watch above). As a fun way to introduce her, we’re incorporating a “scavenger hunt” within the music video. On her socials, each week MaRynn will post clues of things found within the video. The reward for figuring out “the clues” is a hand-painted waterscape and handwritten lyrics, both done by MaRynn herself.  This “scavenger hunt” began on  (6/5) when her single went live on DSPs. Each week for (4) weeks she’ll randomly pick one winner from those that participate in the search.

Taylor first met her label family during CMA Fest as Black River held their first-ever 60 Second Spotlight, a performance opportunity for aspiring musicians, songwriters and music lovers to perform for 60 seconds in front of Black River’s executive staff. Only a few days shy of 18, MaRynn Taylor and her mom made their way to the booth just as it had closed at the end of the first day. Although MaRynn wasn’t old enough to officiallyparticipate in the 60 Second Spotlight, she took the opportunity to visit with the staff of Black River for a few minutes and was ultimately invited to play a song as she was sitting on the stage. That chance meeting led to several follow up conversations. Five months later, Taylor signed her recording and publishing deals on November 13, 2019, while in the middle of a live interview on the legendary 650 AM WSM radio’s Coffee, Country, and Cody, the morning of the 53rd Annual CMA Awards. The Rockford, Michigan native feels at home creating music in her new city. “I left my life in Michigan to chase my dream in Nashville and never would have thought that I’d find my Nashville family so perfectly in Black River,” shared Taylor.

Music editor for Nashville.com. Jerry Holthouse is a content writer, songwriter and a graphic designer. He owns and runs Holthouse Creative, a full service creative agency. He is an avid outdoorsman and a lover of everything music. You can contact him at JerryHolthouse@Nashville.com
Previous 19th Annual Americana Honors & Awards Nominees Announced
Next The Judds To Receive Star On Hollywood Walk of Fame