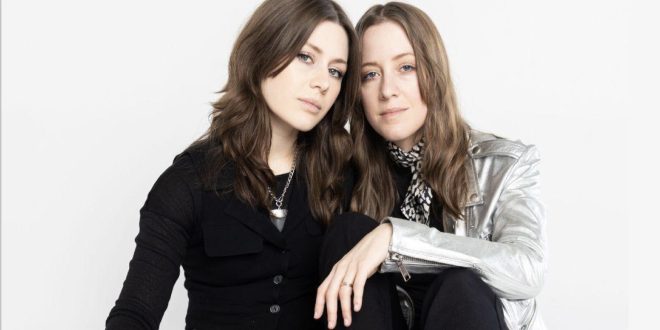 Nashville-based Southern/Blues rock duo Larkin Poe has just released the first single from their sixth studio album, Blood Harmony, due via their own Tricki-Woo Records on Friday, November 11.

“Bad Spell,” (watch and listen above) highlights Larkin Poe’s unique guitar/lapsteel edgy sound. “Ever since I heard ‘I Put a Spell on You’ by Screamin’ Jay Hawkins for the first time I’ve wanted to write a female response to it,” says Rebecca Lovell. “I’d had the title ‘Bad Spell’ in my journal for years, and it was so fun to create a song where the riffs and guitar tones have that singular purpose of nastiness and swagger.”

Sisters Rebecca and Megan Lovell are arguably the strongest female rock act since Heart or Pat Benatar and their sound is as fresh as it comes. “When steering by your own stars, you never quite know where you’re going to wind up,” says Larkin Poe. “Our true north is unique to us, and in following our true north without compromise, we have been out freewheeling this world on the ride of our lives. And it still feels like just the beginning. Blood Harmony is a creative step we are proud to have taken together as sisters. We grew these songs in a sweet part of our hearts and we hope they bring beauty.”

Music editor for Nashville.com. Jerry Holthouse is a content writer, songwriter and a graphic designer. He owns and runs Holthouse Creative, a full service creative agency. He is an avid outdoorsman and a lover of everything music. You can contact him at JerryHolthouse@Nashville.com
Previous Billy Ray Cyrus Celebrates 30th Anniversary of “Some Gave All”
Next LISTEN: LeAnn Rimes’ “The Only”