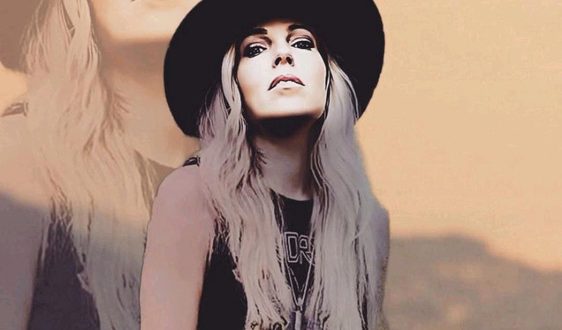 The video was directed by Dalton Smith and was co-produced with Paster. Filmed in the picturesque countryside and rolling hills of Southeastern Tennessee in Manchester, the video perfectly illustrates the beautiful and powerful message of the song. With a natural yet intricately stunning backdrop, Paster’s words convey the refreshing simplicity of doing the next right thing against the complexity of life’s circumstances.

“My husband who is ten years in recovery has continually spoken the words to me “do the next right thing” as a solution to nearly every question or conflict.” Paster continued, “‘Chop Wood Carry Water’ takes listeners on a musical journey with a sad and difficult beginning yet serves as a reminder that if you stay in the moment and set your heart and mind on what is right before you, you will get past the hardest and lowest points of life and find hope. It’s about the vulnerability of life (“without fear we’re naked in the moonlight”) and finding strength and peace within that vulnerability (“a brand new chance is coming with the sunrise, so chop wood carry water, we’ll be alright.”). It is my hope that this song and video will provide encouragement and inspire others.”

The song and video blend the musical genres of country, Americana, bluegrass, and folk, and was co-written with Nashville Americana artist Boo Ray. It was co-produced by Joe Spivey, of the Grammy award-winning band ‘The Time Jumpers,’ along with multi-award-winning songwriter/producer Shawn Byrne.

Paster is currently in the studio finishing up her new album scheduled to be released in the spring of 2023.

Music editor for Nashville.com. Jerry Holthouse is a content writer, songwriter and a graphic designer. He owns and runs Holthouse Creative, a full service creative agency. He is an avid outdoorsman and a lover of everything music. You can contact him at JerryHolthouse@Nashville.com
Previous Bonnaroo 2023 To Announce Lineup Next Week
Next Chapel Hart Honored In Their Home State