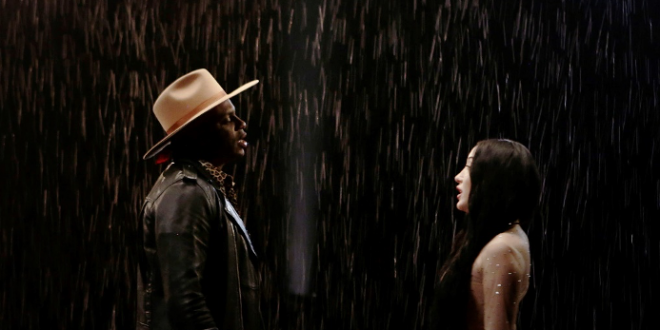 WATCH: Jimmie Allen’s “This Is Us” featuring Noah Cyrus

Singer/songwriter Jimmie Allen has unveiled the music video for his newly released single “This Is Us” featuring Noah Cyrus (watch above.)

Directed by Dustin Haney, the video features Allen and Cyrus set against a backdrop of stark yet compelling visuals, reflecting on their former romance and dreaming of a world that transcends the constructs of space and time, perhaps bringing them back together once again…

The release follows Allen landing his second career No. 1 single with “Make Me Want To” hitting No. 1 on both the Billboard and Mediabase charts, marking the first time in history that a black artist has launched their career with two consecutive No. 1 singles on Country radio. His first was his platinum selling “Best Shot” off his Stoney Creek Records/BBR Music Group debut album Mercury Lane.

Music editor for Nashville.com. Jerry Holthouse is a content writer, songwriter and a graphic designer. He owns and runs Holthouse Creative, a full service creative agency. He is an avid outdoorsman and a lover of everything music. You can contact him at JerryHolthouse@Nashville.com
Previous “Nashville, With Love” Raises $500,000 For Tornado Relief
Next Chris Tomlin’s ‘Good Friday Nashville’ Concert Will Donate All Proceeds To Tornado Relief