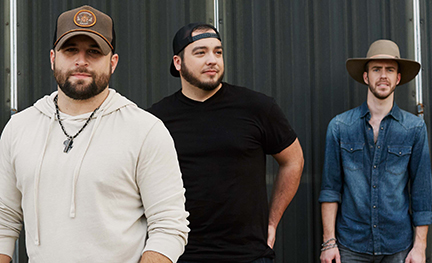 “Bible Belt Kid” the new video from, Flatland Revival debuted last Friday on the band’s Youtube page. (Watch above) The song was written by the band’s Casey Edgar along with co-writers, Sherrie Austin and Will Rembeaux and is being released on Go Long Entertainment.

The band’s frontman and founder, Casey Edgar’s story is like that of many acts that have come to Nashville in search of a music career and the lyrics in “Bible Belt Kid” provide insight into Casey’s background and the temptation that comes along in one’s life.

The song is in many ways an anthem for those that aren’t afraid to let loose, but in the end always come back to their roots and faith.

The video was directed by Logen Christopher of Stormlight Pictures, LLC with, Hope Karwoski producing. Legends Corner on Nashville’s Lower Broadway serves as the backdrop as you watch Casey’s growth as an artist, the temptations that try to lead him astray and the strength of his devotion.

“Bible Belt Kid” is the follow up to their last single, “Lost in the Summer Night” which was featured on multiple Spotify playlists including, 2020 Fresh Finds Country playlist, Wild Country and Next from Nashville.

Music editor for Nashville.com. Jerry Holthouse is a content writer, songwriter and a graphic designer. He owns and runs Holthouse Creative, a full service creative agency. He is an avid outdoorsman and a lover of everything music. You can contact him at JerryHolthouse@Nashville.com
Previous Ashley McBryde Completes “Live” EP
Next Oh Boy Records Celebrates 40 Years