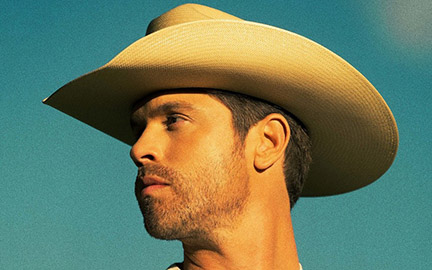 “What a release week it’s been! Just when I think that we adequately partied, Country radio goes and makes ‘Party Mode’ most-added,” shares Lynch. “All of the support that we’re seeing is incredible, and we can really feel this thing bubbling. I’m excited to celebrate with y’all out on the road this year!”

Prescribing himself a surefire cure-all in “Party Mode,” Lynch’s “90 proof way to make it work” is a true barroom sing-along with a 2-for-1 hook, neon vocals, and on-the-house chasers of dobro and steel guitar, as it finds a guy drowning his sorrows over lost love only to end up right back where the party started. Penned by Jerry Flowers, Ryan Beaver, Roman Alexander, Jared Keim, and Matt McGinn.The video was directed by Mason Dixon. (watch above)

Music editor for Nashville.com. Jerry Holthouse is a content writer, songwriter and a graphic designer. He owns and runs Holthouse Creative, a full service creative agency. He is an avid outdoorsman and a lover of everything music. You can contact him at JerryHolthouse@Nashville.com
Previous Jacob Bryant To Make His Grand Ole Opry Debut Feb. 18
Next Darryl Worley Teams Up With 8Oaks Recovery