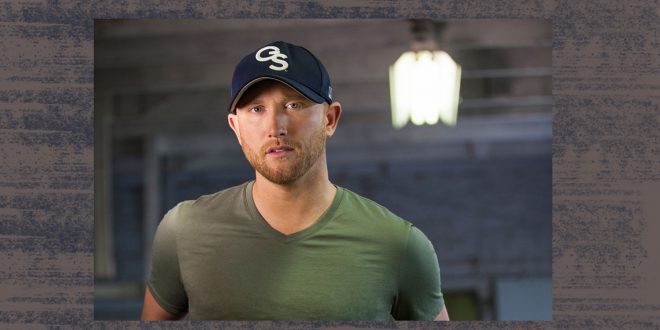 Watch: Cole Swindell, “No One Rocks Mine”

Cole Swindell, celebrating five years as a recording artist, premiered his video for “No One Rocks Mine” today (Watch above). “No One Rocks Mine” written by Michael Carter and Brandon Kinney, is the fifth and final song that completes his Down Home Sessions V EP. The song was released last Friday October 18.

With all five songs released, Down Home Sessions V EP is now complete. “This has been a fun way to release new songs to my fans and at the same time thank THEM for these last five years,” said Cole Swindell. “My Down Home Session EPs have always been targeted directly at my fans as a way to thank them for all they do for making my career what it is today. Five years has flown by but I’m ready to keep this rolling for the next five!”

The Georgia native just celebrated the songwriters of his eighth No. 1 smash hit “Break Up In The End” being honored as the prestigious NSAI Song of Year, is currently wrapping the final dates this month with Luke Bryan’s Sunset Repeat Tour. The award-winning singer/songwriter is still climbing the charts with his current Top 5 and rising hit single “Love You Too Late” from his No. 1 selling third album. The video for his latest hit single premiered on both Viacom and YouTube Music’s billboard in the heart of Times Square in New York City.

Swindell released his debut album on Warner Music Nashville in 2014 and the album’s debut single “Chillin’ It” which not only became his first No. 1 single from his now certified Platinum self-titled debut album but also became his first million-selling song. In the five short years since his debut, the proud Georgia native has given fans some of the biggest songs that have defined country music over the past five years including not only his debut “Chillin’ It” but “Ain’t Worth The Whiskey,” “Let Me See Ya Girl,” “Middle of a Memory,” his BILLION audience reaching “You Should Be Here” and his most recent Grammy/ACM nominated “Break Up In The End” to name a few. Additionally, Swindell has made a priority of keeping fans engaged with releasing new music digitally and directly to them with his Down Home Sessions series of EPs.

Swindell is on the road with his friend and headliner Luke Bryan for Sunset Repeat Tour. EMI/32 Bridge Entertainment recording artist Jon Langston and DJ Rock are also on the tour. Swindell is also part of Luke Bryan’s Farm Tour, which will be wrapping up October 30.

Music editor for Nashville.com. Jerry Holthouse is a content writer, songwriter and a graphic designer. He owns and runs Holthouse Creative, a full service creative agency. He is an avid outdoorsman and a lover of everything music. You can contact him at JerryHolthouse@Nashville.com
Previous King Calaway To Release Christmas Album
Next Johnny Cash Museum Receives A Rare Gift