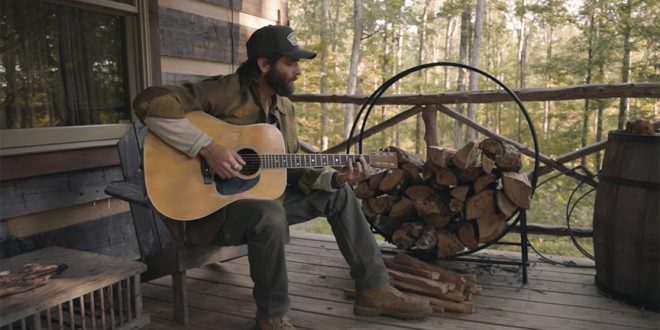 Canaan Smith escapes to a backwoods hideaway in his brand-new video for “Cabin In The Woods” – watch above.

The clip was shot in McEwen, Tennessee and marks Smith’s co-directing debut alongside Kurt Ozan. Bringing the rootsy, midtempo tune to life, it highlights memories being made at a special spot in the middle of nowhere – from partying around a fire with friends to falling in love.

When it comes to fans’ reactions to the video, Smith has one thing in mind – “I hope they can relate to it, first of all,” he told CMT. “And that it makes them think of the memories that they’ve made along the way on trips like that. Everyone has their own version of that cabin.”

Co-produced by Smith alongside Florida Georgia Line’s Tyler Hubbard and Brian Kelley, and written by Smith, Kelley, Josh Miller and David Garcia, “Cabin In The Woods” is the latest introduction to Smith’s new musical chapter.

Music editor for Nashville.com. Jerry Holthouse is a content writer, songwriter and a graphic designer. He owns and runs Holthouse Creative, a full service creative agency. He is an avid outdoorsman and a lover of everything music. You can contact him at JerryHolthouse@Nashville.com
Previous Lady A Stays On Top Of The Charts With “Champagne Night”
Next Thomas Rhett Announces His New Tequila “Dos Primos”