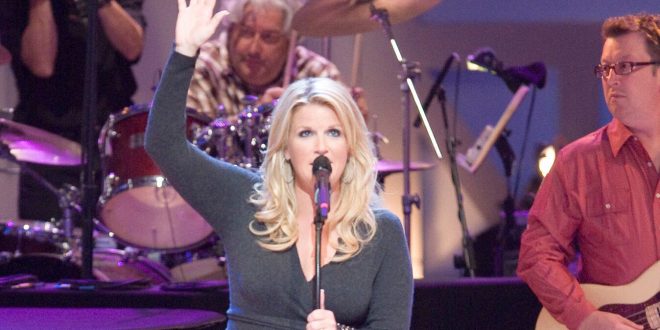 Trisha Yearwood will celebrate her 20th Anniversary as a Grand Ole Opry member with an appearance on the Opry Tuesday, March 12. Yearwood was inducted into the Opry family on March 13, 1999 by legendary Opry stalwart Porter Wagoner.

Of all her accomplishments and accolades, being a member of the Opry holds a special significance for Yearwood. She recounts in the Opry Family Album, “My mother came here on her senior class trip from South Georgia. She wrote in her diary about seeing Hank Snow, Hawkshaw Hawkins, and all those people. When I was inducted as a member of the Opry in 1999, she brought her diary and got Hank Snow to sign it. So it’s not only about me, it’s also about my whole family.”

Other artists already scheduled to appear on the show that night include Rodney Atkins, Trace Adkins, Terri Clark, and the Opry’s newest member, Mark Wills.

Music editor for Nashville.com. Jerry Holthouse is a content writer, songwriter and a graphic designer. He owns and runs Holthouse Creative, a full service creative agency. He is an avid outdoorsman and a lover of everything music. You can contact him at JerryHolthouse@Nashville.com
Previous George Strait Announces New Album “Honky Tonk Time Machine”
Next Shannon Sanders And The Nashville Urban Choir Release ” Fight On”