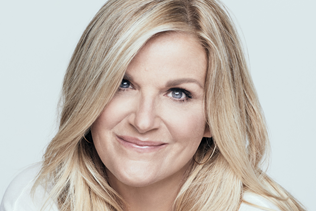 Trisha Yearwood Set For “Every Girl On Tour”

Fresh off releasing her new single “Every Girl In This Town,” three-time GRAMMY Award-winning singer Trisha Yearwood will set out on her “Every Girl On Tour.” The tour kicks off October 3rd with a special three night engagement with the Nashville Symphony at Schermerhorn Symphony Center. The 22 city trek continues throughout the United States with stops in New York, Boston, Atlanta, Chicago, St. Louis, Cincinnati, Cleveland, Fort Worth, Minneapolis and Jacksonville. Trisha also revealed the album art and release date for her upcoming album Every Girl, available everywhere August 30th.

The tour sets the stage for the artist’s first full-length country record since 2007’s critically acclaimed Heaven, Heartache and the Power of Love and follows on the heels of the 2019 Frank Sinatra homage, Let’s Be Frank. Trisha previously joined forces with husband Garth Brooks on his 2014 – 2017 sold out world tour.

Earlier this month, Trisha made her return to country radio with “Every Girl In This Town.” With 84 total adds, it marks Trisha’s highest debut and biggest add day of her career. The hit song is Billboard’s Highest Female Debut of 2019 on the Country Airplay Chart, coming in at #21, and the #4 Highest Billboard Country Radio Debut in 2019. It was also Billboard’s #1 Greatest Gainer on the Country Airplay Chart for the week. Additionally, Mediabase reports the 2nd Highest Female Debut and 8th Highest Debut All Country of 2019.

Get TICKETS Here! Need a hotel while in Nashville?
GUARANTEED Lowest Rates for Nashville Hotels!

Music editor for Nashville.com. Jerry Holthouse is a content writer, songwriter and a graphic designer. He owns and runs Holthouse Creative, a full service creative agency. He is an avid outdoorsman and a lover of everything music. You can contact him at JerryHolthouse@Nashville.com
Previous Live On The Green Announces 2019 Artist Lineup
Next Merle Monroe Releases Debut Album