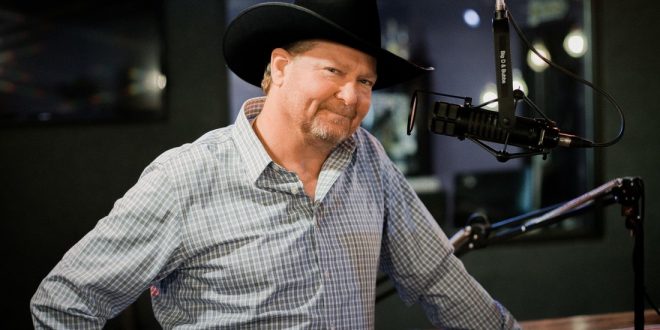 With a career that spans over 25 years of recording and touring, Tracy Lawrence has demonstrated that adding syndicated radio show host to his résumé has also added to the list of the legendary artist’s many accomplishments. Lawrence is being recognized by The Academy of Country Music for his exemplary work on the weekly show “Honky Tonkin’ with Tracy Lawrence” with his second nomination for “National On-Air Personality of the Year.”

“I am so honored by this nomination. When I first started hosting ‘Honky Tonkin’’ I really just wanted it to be something that all of my friends would feel comfortable being a part of, like having a conversation backstage or on the tour bus. I wanted to give fans an inside look at the artists who created the music of the 90’s, which to me, is the best era of country music, not just because I was a part of it, but because so many great songs and entertainers came out of that time period,” says Lawrence.

Produced by Patrick Thomas of Silverfish Media and distributed by Compass Media, “Honky Tonkin” is a bit different from other syndicated shows that focus on current trends in country music. The audience listens in to fun, thoughtful, and intimate conversations between Tracy and his friends and contemporaries from the late 80s, 90s, and the early 2000s, as they discuss what many consider the most celebrated time for country music. Lawrence also recently began a Podcast version of the show called “Honky Tonkin’ With Tracy Lawrence – The Interviews” which can be heard HERE.

“We just started our fifth year of Honky Tonkin’ and I am so proud of how great this show sounds each week. Sure, the music is awesome, but Tracy is an amazing host. He loves country music and he just wants to create an entertaining show and have a lot of fun,” says Patrick Thomas, Producer/President, Silverfish Media.

Music editor for Nashville.com. Jerry Holthouse is a content writer, songwriter and a graphic designer. He owns and runs Holthouse Creative, a full service creative agency. He is an avid outdoorsman and a lover of everything music. You can contact him at JerryHolthouse@Nashville.com
Previous Bryan Wayne Releases “While You Wait”
Next Scotty McCreery Scores His second Consecutive No. 1