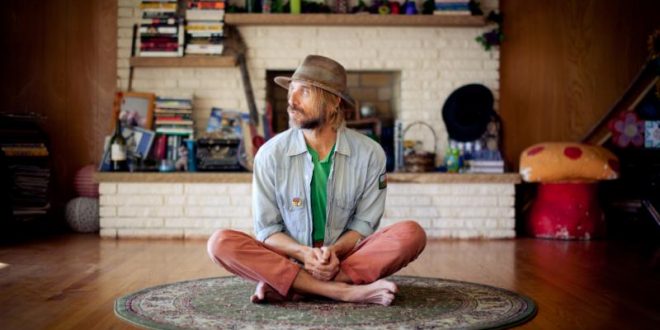 “Just Like Overnight” was written to express life’s contradictions of change; one moment things can seem consistent and endless, then with another moment everything is suddenly different. ‘It seems like day after day goes by like nothing is ever going to change. But just like overnight it’s like it ain’t never going to be the same,’ Snider professes in the lyrics.

On the album, Cash Cabin Sessions, Vol. 3, Snider’s folk influence marks a departure from the past six years of making rock records. At a point in time when the world has never been more complicated and confusing, with people getting louder and louder, he did a 180 and went back to his roots as a folk singer, to a simpler, quieter form of expression; and it might be what the world is waiting to hear: just a man, his guitar, and the truth.

In the most literal sense, the album is the fulfillment of a dream; not the aspirational kind, but an actual dream, a recurring dream Snider had about Johnny Cash after he first visited Cash Cabin Studio. The dreams inspired him to book sessions there with his supergroup Hard Working Americans in 2016, 2017, and then again for the new solo project in October of 2018. During that week of recording in October, the captivating collection of new works emerged as Cash Cabin Sessions, Vol. 3.

Following a performance at the Mile 0 Fest in Key West, FL on January 30 and select shows in February, Snider kicks off his extensive US spring tour in support of the forthcoming album on March 13 in New York.
“Just Like Overnight” is available now along with pre-order of Cash Cabin Sessions, Vol. 3 here.

Music editor for Nashville.com. Jerry Holthouse is a content writer, songwriter and a graphic designer. He owns and runs Holthouse Creative, a full service creative agency. He is an avid outdoorsman and a lover of everything music. You can contact him at JerryHolthouse@Nashville.com
Previous Dave Matthews Added To Willie Nelson Tribute
Next Inaugural Troy Gentry Foundation Concert Raises Over $300,000