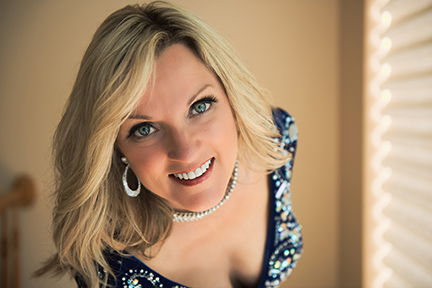 “The Queen of Bluegrass,” Rhonda Vincent, has a brand new album out. ‘Music Is What I See,’ is available now! Although this record was slated for an earlier release, due to the events of 2020, Vincent used this time off to focus on every detail, creating the perfect mixture of bluegrass and country. Vincent’s high-spirited energy is clearly present through her vocals, blend of new tunes, and fresh arrangements of classics such as the first-ever recorded bluegrass version of the classic, “Unchained Melody,” which she recently debuted live at the Grand Ole Opry.

“It is so exciting to finally have ‘Music Is What I See’ available,” shares Vincent.“ This project features my world-class band, The Rage on straight ahead, hard drivin’ bluegrass, country classics, to a special arrangement, and perhaps the first-ever bluegrass version (complete with banjo) of “Unchained Melody”. “Unchained Melody” was truly the most challenging song I’ve ever sung. I purposely created a balance of new songs with timeless classics. It’s my first record release since officially being inducted into the Grand Ole Opry. Life is truly grand!

While celebrating the release of ‘Music Is What I See’ this past weekend, Vincent performed during two segments at The Grand Ole Opry and made history as the last artist to host The Ernest Tubb Midnite Jamboree at the Texas Troubadour Theatre in Nashville, Tennessee, before going back to its original home on lower Broadway. Throughout the show, Vincent surprised the audience with special appearances by Grand Ole Opry Member Jeannie Seely and songwriter Erin Enderlin. Fans were also delighted as Hee Haw’s Lulu Roman and Country Music Hall of Famer Randy Travis joined them in the audience to commemorate the occasion.

Music editor for Nashville.com. Jerry Holthouse is a content writer, songwriter and a graphic designer. He owns and runs Holthouse Creative, a full service creative agency. He is an avid outdoorsman and a lover of everything music. You can contact him at JerryHolthouse@Nashville.com
Previous CMT Music Award Nominations Announced
Next Sony Music And Jimmie Allen Sign Tate Howell