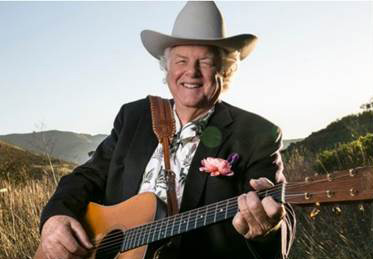 The 3rd Annual Hoedown On The Harpeth October 12-13

Organizers of Hoedown On The Harpeth have announced the lineup of entertainers for the 2018 installment of one of Middle Tennessee’s fastest growing events.

The 3rd annual Hoedown On The Harpeth will be held October 12-13, 2018 in Kingston Springs, Tennessee with headline artists: Grammy award winning singer-songwriter Peter Rowan and multi-talented and versatile group, The Travelin’ McCourys.

Showcasing bluegrass, old time, western swing, classic country and honky-tonk acoustic music from Nashville’s many local artists as well as guest artists, Hoedown On The Harpeth is as much an experience as a concert event. In addition to Rowan and the McCourys, entertainment will include Robbie Fulks, The Flea Market Hustlers, Inaugural Hoedown on the Harpeth All-Star Band (featuring David Grier, Shad Cobb, Mike Bub, Casey Campbell & Cory Walker), 50 Shades of Hay, Adam Olmstead, Shad Cobb & Jenny Obert + Friends, The Farmer and Adele, The Cowpokes and Ray Welch & The Grass Kickers … and of course, plenty of informal shade tree pickers.

Food trucks and beverage tents will be stationed along the main drives for the convenience of guests. Vendors of arts and crafts will be selected for their authentic country wares, relevance to the history of Nashville and the roots music of the region. A family-friendly area will host arts and crafts for children, games and music workshops for young musicians.

Several “pickin’ areas” throughout the site offer spaces for acoustic musicians to gather and play throughout the night in impromptu jam sessions. Their presence adds to the timeless atmosphere of the country music festival experience.

Camping is available with a variety of accommodations for RV campers with generators, tent campers, late night pickers, and quiet family areas.

The brainchild of Robert Dunn, his wife Jessica and a few friends, the festival grew from a shared passion for the community atmosphere of old time, small town festivals and acoustic jams. Robert, born in rural Hohenwald, TN, grew up heavily influenced by the regional music scene and the rich cultural heritage that is still prevalent throughout Middle Tennessee. A devotee of the culture of live music festivals of days-gone-by, Robert wanted to share the kinds of experiences he treasured over the years at places like The Station Inn, MerleFest and other venues; not only the main acts, but the intimate jams that inevitably crop up surrounding acoustic music events. In the late 90’s, Robert began to host his own private events, known as The Holler Pickin’ Parties. Word of these premier acoustic jam sessions quickly spread and within a few short years the annual party had grown exponentially from intimate informal gatherings to jams with hundreds of musicians. Eventually, Robert was motivated to establish a full-blown festival and Hoedown On The Harpeth was born.

“Our goal is a lifestyle kind of experience,” Dunn says. “It’s akin to the traditional country themed music festivals, where people gathered and enjoyed music both on and off the stage, in spots by the river and in the shade of the trees.”

The festival site is located on the Hayshed Farms in Kingston Springs, conveniently located 20 miles west of downtown Nashville. The picturesque farm sits at the confluence of the Turnbull and Harpeth rivers. One main stage, backing up to the Turnbull River, and the Hayshed Barn stage comprise the heart of the festival with musical artists, workshops, and barn dances.

Hoedown on the Harpeth aims to keep the roots and history of traditional music alive in an authentic outdoor music festival environment.

“As the sons and daughters of Nashville, we are the guardians and stewards of a sacred musical legacy,” Dunn says.

Single-day and 2-day tickets are now on sale. Prices increase as the festival gets closer. Ticket_link.

Music editor for Nashville.com. Jerry Holthouse is a content writer, songwriter and a graphic designer. He owns and runs Holthouse Creative, a full service creative agency. He is an avid outdoorsman and a lover of everything music. You can contact him at JerryHolthouse@Nashville.com
Previous Ray Stevens Receives Star On Music City Walk of Fame
Next David Corlew Named Honorary Member Of The 187th Airborne Infantry Regiment