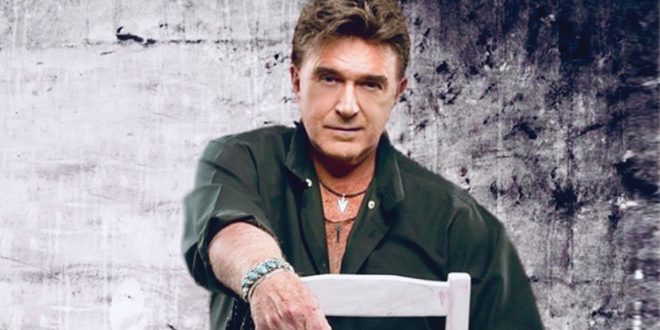 TG Sheppard will release Midnight in Memphis on Friday,September 20. The new project is his first solo country album in more than 20 years.
“Two years seems like a long time to spend on an album, but when you’ve had as much fun as I’ve had making this one, it goes quickly,” says Sheppard. “Hard for me to believe it’s been this long since my last solo country album. You might say, it was actually 22  years in the making.”
Produced by Sheppard and co-produced by Buddy Hyatt, the 13-track compilation features tunes written by his wife, singer-songwriter Kelly Lang as well as by other well-known talents. The title track, “Midnight in Memphis,” was written by his dear friend, the iconic Sir Barry Gibb.
Midnight in Memphis reminisces on Sheppard’s time spent in the “Home of the Blues,” where he met and became friends with the King of Rock-n-Roll, Elvis Presley. Giving ode to his late friend, the album includes two tracks depicting the life and impact of Elvis.
Sheppard, who has 21 No. 1 hits to his credit, releases Midnight in Memphis on the heels of his latest “Priscilla-approved” single, “I Wanna Live Like Elvis.” The country legend also recently debuted The TG Sheppard Show, airing Fridays from 3-6 p.m./ET on SiriusXM’s Elvis Radio Channel 19.
Midnight in Memphis is sponsored by Springer Mountain Farms. The album is available for pre-order here.

Music editor for Nashville.com. Jerry Holthouse is a content writer, songwriter and a graphic designer. He owns and runs Holthouse Creative, a full service creative agency. He is an avid outdoorsman and a lover of everything music. You can contact him at JerryHolthouse@Nashville.com
Previous Trisha Yearwood To Host 10th Annual “CMA Country Christmas”
Next Cowboy Mouth Coming Back To The Exit/In