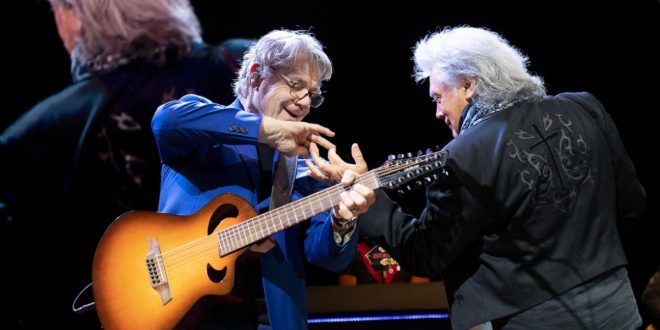 Steve Miller Will “Fly Like An Eagle” At The Ascend

The Steve Miller Band is coming to the Ascend Amphitheater on June 23rd along with Marty Stuart and Gary Mule Deer as part of the Americana Tour. Get Tickets Here. The 40-city summer tour will start in Austin, TX, on June 13th, immediately after Miller is inducted into the Songwriter’s Hall of Fame in New York on June 11th.

“Touring with Marty and the Superlatives is inspirational,” said Miller. “This is undoubtedly one of the most talented touring combinations I’ve ever been involved in. We look forward to continuing working together to explore the roots of American Music. Adding the musical comedy of Gary Mule Deer to the show will be an unexpected treat for our fans. I’m delighted to be able to tour with these great artists and to bring the Steve Miller Band audience the best of the best.”

The last 12 months was one for the record books for Miller and Stuart. Miller released his second volume box set of collected vinyl, as well as the acclaimed Welcome to the Vault box set.

Music editor for Nashville.com. Jerry Holthouse is a content writer, songwriter and a graphic designer. He owns and runs Holthouse Creative, a full service creative agency. He is an avid outdoorsman and a lover of everything music. You can contact him at JerryHolthouse@Nashville.com
Previous The Barefoot Movement Gaining Speed In Bluegrass
Next 3rd Annual Nashville Songwriter Awards Sept. 22