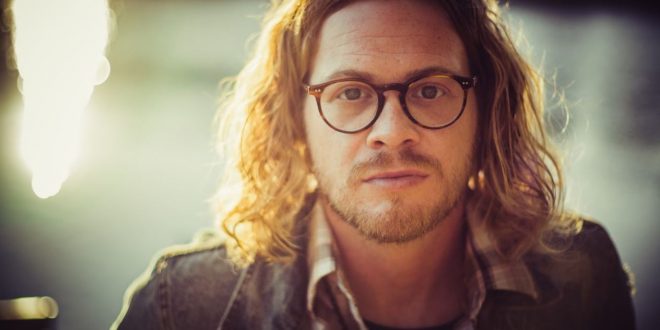 Kyle Daniel recently announced the March 15 release of his sophomore EP What’s There to Say?

What’s there to say when you’ve conceded to the hardships of life? Kyle Daniel wrestles with this question throughout his sophomore EP, aptly titled What’s There to Say? Delivering his message via bright melodies and a wall of electric guitar, Daniel navigates the trials and tribulations of being a working musician, failed relationships, being surrounded by addiction and growing up in modern-day America. Wearing his heart on a tattered sleeve, he pairs everyman lyricism with a rusty vocal akin to Blackberry Smoke, Will Hoge and Chris Stapleton, bristled with a warm guitar bravado. It comes as no surprise that he’s road-dogged as a guitarist for Clare Dunn, Jimmy Hall and Casey James, as well as opened for the likes of Jason Isbell and Miranda Lambert. These are rich, authentic stories told from the perspective of someone who’s wrestled with the ups and downs of being a touring musician.

His new project carries with it tremendous gravitas, particularly in a time when truth is under the microscope. Daniel draws upon the uncertainty of an ever-evolving music scene, currently in a state of transition especially in the age of streaming. “You learn to take the victories as they come and be proud of those,” he says, considering the weight of his new music and the past year of his personal life. “Born to Lose” ignites the set from inside out, as he turns his gaze on the taboo topic of addiction and its omniscience in our everyday lives.

“I tried to start digging through all of the shame in hopes I’d see her again,” he sings, the yearning in his soul spilling over onto gold-flecked guitars. The instruments crash against each other like rolling thunder, and it’s both a cathartic sigh and a mountain cry.

“I wondered what it would feel like to be completely down on your luck and feel like there’s nothing you can do about it or nobody to help you. In the title itself, you feel like you were damned from the time you popped out into this world,” he says. Within the song’s shiny structure, borrowing from classic rock as much as contemporary country, he observes such tragedies as the opioid crisis but veers on the side of uncompromising empathy. “I wanted to bring awareness to it without being completely negative in that respect,” he stresses.

It is from such a caring viewpoint that Daniel has approached much of his work, whether it be music-making directly or working behind the scenes. Born and raised in Bowling Green, Kentucky, he was instilled early on with diligence for an honest day’s work and never giving up. Through much of his youth, he played on various traveling all-star baseball teams, but an accident in his freshman year of high school left him with a broken femur — and idle hands.

He picked up the guitar to pass the time and was instantly struck by the power of music.

He spent three months honing his craft and later formed his first band. “By default, I had to learn to sing. Nobody else wanted to sing because they were too timid,” remembers Daniel, downplaying his own raw abilities as a natural born storyteller. When that endeavor ended, he founded a trio called the Kyle Daniel Band at 16 and went on to win the Southern Kentucky Blues Challenge. He was given the opportunity to head to the International Blues Competition, held in Memphis, Tenn., and placed in the finals.

Feeling the buzz of success, he initially opted out of college and took off his first year to explore music on the local scene. “But my dad was like, ‘You need a backup plan. Not everybody can be a freaking rockstar,’” he says. He put his guitar away and sought a music business degree at Middle Tennessee State University. “I felt like a piece of me was missing at some point and decided to put together a college band,” he says of The Last Straw, a blend of outlaw country, blues and southern rock. They soon caught the attention of the industry and snagged opening gigs for Jason Isbell, Blues Traveler, and the Black Crowes.

Following college, Daniel focused his attention on using his business degree and accepted a merchandise manager position for a Los Angeles group called Vintage Trouble. Through his work, he gravitated toward artist management and went on to rep a band on the road with Taylor Swift for the global Red Tour. “I absolutely got annihilated,” he recalls. “It was not my bag.”

He soon left his tour manager gig, and not a week later, he received an unexpected call from Wet Willie’s Jimmy Hall, who was seeking a guitar player for their upcoming tour. “I hadn’t played for three or four years really,” he says. “So, I put myself through boot camp to start playing with him.” Daniel toured around the country with Wet Willie for about a year before landing on Casey James’ tour, a risk he took that later led him to nab gigs with Bob Seger, Clare Dunn, Miranda Lambert, Lee Brice, and Chris Young.

A new cycle of life came his way, and he made his way back home where he worked with a group called Jericho Woods. But feeling dissatisfied creatively, Daniel stepped back from collaboration and spent the next few years concentrating on finding his own songwriting voice, penning hundreds of songs in that time. He worked his way around Nashville and linked up with such titans as Brent Cobb, Dave Kennedy, Channing Wilson (Jason Eady, Luke Combs) and Seth Rentfrow, a force of nature who would soon become vital to Daniel’s many solo artistic endeavours .

“It took every single step of the way for me to be ready for this type of career and well-versed in in music both on front of and behind the scenes,” says Daniel, whose career was nearly derailed completely last spring when he had extensive surgery on his right ear. Four and a half hours post-op, he awoke and soon discovered things were much worse than he thought, his doctor prompted an immediate surgery on his left ear. “The doctor said if I had waited another month, I would have been completely deaf in my left ear. An infection had eroded two of the bones in my ear, and I couldn’t walk by myself for two weeks after the surgery.”

The fighter that he is, Daniel was in the studio cutting his new EP just under two months later. What’s There to Say? is pressed with unwavering perseverance, gritty urgency and viscerally-charged brokenness that quakes at his core. His voice is even more self-assured than on his 2018 debut, which landed on the iTunes Country Chart and was written about three times in Rolling Stone County. With such standouts on the new record as “Somewhere in Between,” in which he laments feeling stuck in second gear of his life and career, and “God Bless America (Damn Rock ‘N Roll),” a ‘70s-inspired arena revolt against the system, Daniels illustrates a colorful blend of tales backed by a rollicking beat.

“This EP came out in a flash. It was unbelievable how seamless this thing worked,” he says, citing how everything was tracked, dubbed and mixed within 12 days. “Songs have their power in the person.”
What’s There to Say? captures a special moment in time for Daniel as he looks to build on momentum built and praise garnered in 2018. This EP is lightning in a bottle; a readily-accessible, deeply relatable culmination of his years of surviving each and every challenge life has thrown at him, and it’s the perfect vessel for Daniel break out in 2019 and beyond.

Music editor for Nashville.com. Jerry Holthouse is a content writer, songwriter and a graphic designer. He owns and runs Holthouse Creative, a full service creative agency. He is an avid outdoorsman and a lover of everything music. You can contact him at JerryHolthouse@Nashville.com
Previous David Bowie Alumni Musicians Coming To Polk Theatre
Next Lucinda Williams Set To Perform At Ryman