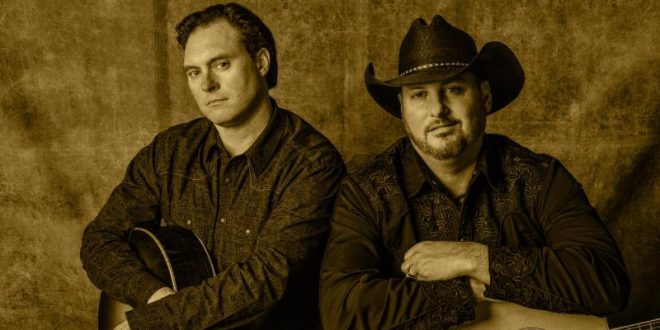 Country duo Smith & Wesley are proving their staying power as they cracked the Top 25 for the first time with their latest single, “The Little Things.” The corresponding music video premiered on The Heartland Network and has received well over 700,000 views on the Smith & Wesley Facebook page.
“The Little Things” is the Smith brothers’ debut single from their upcoming second album and follows Top 30 singles “Sweet Life” and “You’re the One” from their Choices & Chances album.
“We have had an absolute blast getting out and meeting radio all across the country, and we can’t thank them and the fans enough for helping this dream of a Top 25 single come true,” said the duo’s Scott Smith. Brother Todd Smith followed, “We’re also astounded at the number of fans who have watched, commented on and shared our video, and we’re thankful the Smith & Wesley name is becoming firmly entrenched with fans and radio.”
Deeply rooted in their North Georgia heritage, the Smith & Wesley sound speaks to people of all walks of life. In addition to their chart successes, all of their single releases have topped research categories with the Bullseye Active P1 Adults 25-54 and Adult Female P1s 25-54. “The Little Things” hit #2 on the Bullseye Breakout Chart and the Top 10 Favorite News Songs Chart.

Fans in Tennessee can catch Smith & Wesley this Friday at the Grundy County Fair in Gruetli Laager, TN near Monteagle and next month in Lawrenceburg and McMinnville, TN.